Are there buyers for the Cominar REIT portfolio?

Cominar Real Estate Investment Trust’s (CUF.UN-T) intention to sell its entire real estate portfolio outside of its core markets in Montreal, Quebec City and Ottawa/Gatineau raises the question as to the current investor interest in commercial properties. 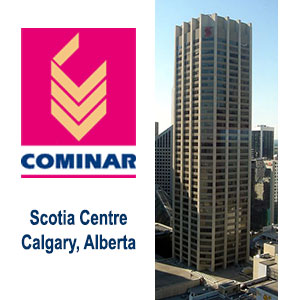 Of course, that depends on the region of the country you’re looking at.

“The Canadian property markets  – other than Calgary office – are currently well-positioned, enjoy strong liquidity, with more buyers than sellers. The sale offering should be well-received,” says Avison Young principal Amy Erixon, who is based in Toronto.

But even in Alberta there may be sufficient interest in Cominar’s assets which include the Scotia Centre office tower and three-level retail mall in the heart of downtown Calgary. At 509 feet it was the tallest building in Calgary at the time of its completion in 1976 for $30 million.

“In Alberta, we’re still getting strong interest from all levels . . . from top end being pension funds, major financial institutions to the bottom end being private investors like you and I looking to buy small shopping centres and things like that,” says Greg Kwong, regional managing director for CBRE in Calgary, adding the long-term appeal for Alberta remains.

“The biggest interest right now is grocery-anchored retail and industrial buildings. A lot of people are looking to invest in that asset class because they haven’t felt the brunt of the downturn in the oilpatch like the office market has.

“But the office market is selling. We sold a bunch of office buildings for Dream (Office REIT) (D.UN-T). There were nine buildings in Alberta of which six were in Calgary and all of them sold from bargain-basement prices to reasonable prices.”

Cominar’s intention to sell in non-core markets is intended to reduce debt and improve its balance sheet.

He said the sale of its Toronto, Western Canada and Atlantic Canada assets will be done in an “orderly and strategic fashion” and have an estimated fair market value of more than $1.2 billion. But Dallaire described Alberta as a tough market.

According to its website, Cominar says its total real estate portfolio includes 525 office, retail, and industrial properties representing more than $8.4 billion in assets.

Sandy McNair, president of the McNair Group, says it appears Cominar, along with several other firms that have grown quickly through acquisitions, is choosing to focus on its core competencies and historic strengths.

“As more than a decade of cap rate compression concludes, the emphasis on operational excellence has heightened,” says McNair.

“To generate a sustainable competitive advantage many commercial real estate investment and management firms focus on a niche – be it one or two markets or one or two asset classes.  A very few firms have succeeded in establishing a corporate culture that generates excellent results that span national and international geography and multiple asset classes.

In a note, Heather Kirk, analyst with BMO Capital Markets, wrote: “We expect Cominar to successfully execute on its strategic plan of selling $1.2 billion of assets. . . . We are confident in the REIT’s ability to achieve the $1.2 billion of asset sales at a six per cent cap rate which is below our estimate of the IFRS value of $1.4 billion. . . .

“An estimated 48% of the NOI identified for sale is in Ontario and primarily in the GTA where cap rates are generally below the six per cent targeted. Although Alberta will be harder to sell, at over 50% of the value, success in Ontario will be a key driver of total proceeds.”

Little to do with assets

Erixon says Cominar’s step has little to do with the assets themselves and everything to do with a strategic call to focus on its home markets.

“We are in the later stages of a long expansionary cycle where operating expertise becomes more important in delivering shareholder returns. Cominar is electing to concentrate on markets where its operating presence is the strongest,” she says.

“They have identified a very significant institutional portfolio acquisition opportunity in their home markets, which represents a chance to consolidate market share.  Accordingly, they are taking this opportunity to rotate out of assets further away from their home office.

“Quebec is currently enjoying surging economic growth, which is expected to continue for some time.”

Erixon says a number of its new assets are retail properties, “a segment that has seen some challenges of late.”