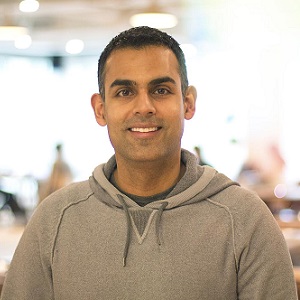 The Canadian office of the fintech firm is strictly for research, engineering, and product development and “we are not raising money or signing deals in the area,” says Raj Singh, director of product and head of Canadian operations at Cadre. Singh joined Cadre in December to run the Toronto office.

Founded in New York City in 2014, Cadre has closed more than US $1.2 billion in investments. In January it announced the closing of a US $250-million investment partnership with Goldman Sachs which provides Goldman Sachs’ private-wealth clients access to Cadre investment opportunities.

Ryan Williams founded Cadre in 2014 with college friend Joshua Kushner and Kushner’s brother Jared Kushner, the son-in-law and adviser to U.S. President Donald Trump.  (One of the Kushner Companies’ properties, at 666 Fifth Avenue in New York, has received extensive media attention for its debts of US $1.4 billion).

The Kushner connection has led to a couple of controversies for the company. First, Kushner allegedly did not fully disclose his stake in the company in documents filed early in 2017, as required by U.S. law, when he became Trump’s adviser.

Then Kushner Cos., operating as a partner with Cadre, was accused of misleading New York City authorities when Cadre bought, renovated and later sold three NYC buildings containing rent-regulated tenants according to a report by Bloomberg. Construction permit applications by Kushner Cos., did not disclose the buildings contained such tenants, which might have affected both the renovations and the subsequent sale, Bloomberg reported.

The buildings sold at an 80 per cent premium to the purchase price.

“Traditional funds provide limited transparency, high levels of fees, and long lockup periods,” Singh says. “We believe in making data-driven decisions to source the highest-quality deals, and bringing those opportunities to investors with full transparency and at much lower costs.”

Singh adds Cadre is aligned with investors’ interests “because our team invests alongside all of the investments. I think that really demonstrates the commitment and belief we have in our deals.”

He says Cadre has developed a proprietary market ranking system which “uses data to give us a unique edge into finding and vetting the best deals. We gather data from paid, public, and our own private sources to build an index of information that we can use to compare submarket growth nationwide.”

For example, he says Cadre can segment and score markets based on expected growth and resilience compared with other markets.

“Most traditional sources of real estate data are years old by the time you get them, but what we’ve built gives our team real-time insight into each market at the zip code level,” he said. “Ultimately, our data provides deeper insights into the properties we list, allowing our customers to make better, faster, and more intelligent investing decisions.”

Singh has 15 years of experience in technology and commercial real estate and previously ran product management and marketing at the Altus Group after selling a software company he founded to Altus in 2014.

He says Cadre’s technology team aims to make the most time-consuming aspects of commercial real estate investing as simple as a click of a button.

Bringing in a new investor typically requires documentation which can be hundreds of questions long.  Cadre has streamlined and automated the process, while ensuring regulatory compliance, “so it can be completed in a matter of just a few minutes.”

Toronto’s engineering talent pool “is impressive and we wanted to find a way to recruit those minds to accelerate our product development efforts.” Since opening the Toronto office in December, the company has been building a team “in service of accelerating our mission to create the world’s first digital marketplace for alternative assets.”

The Toronto office is focused on research and building the product to make the platform better and faster for investors and operators, he says.

Singh says Cadre is raising its Toronto profile by hosting several events with TechTo, a large technology meetup in the city that attracts hundreds of attendees, including engineers, entrepreneurs and investors to events.

In June, Cadre opened its third office in Chicago. It’s headed by Dan Rosenbloom, a partner and managing director at Cadre, who has 22 years of industry experience, including positions at JP Morgan, Fortress Investment Group and GEM Realty Capital.

“Chicago is known for its real estate market, and this is an opportunity to build Cadre’s presence in a centrally located market, which will provide even greater access to investment opportunities across the U.S.,” Singh says.

EDITOR’S NOTE: This story was amended to clarify that Kushner Cos., not Cadre, filed the allegedly misleading papers with NYC authorities.