The market outlook for purpose-built apartments in Calgary is in a state of flux following a year that saw rental rates drop, vacancies spike and growing uncertainty for the Alberta economy. 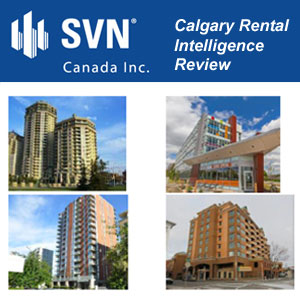 “Developers and lenders seem to be a little more cautious and are doing more due diligence before developing any new apartments in Calgary,” said Sperry Van Ness Canada Inc. real estate research and analysis vice-president Scott Midgley, leader of the team that compiled the “Calgary Rental Intelligence Review” that will be released on Feb. 1.

“We’ve heard anecdotally of a few developers who have been cutting back their plans for Calgary. Everyone understands that what happens in the Alberta market is relatively cyclical.”

No rent controls in Calgary

The report looked at more than 60 old stock rental buildings across Calgary and 18 buildings constructed after 2000. Midgley said there’s a relatively low number of purpose-built rental apartment buildings in Calgary, on a per capita basis, compared to other Canadian cities.

Canada Mortgage and Housing Corporation data shows that apartments in Calgary typically achieve rental rates related to the age of the building. As of 2015, properties constructed in 2000 or later achieved average rental rates of approximately $1,568 compared with $1,210 for buildings of all ages. Average rents last year ranged from $903 for a bachelor unit to $1,288 for a three-bedroom-plus suite.

There are no rent controls in Alberta, and average rates in Calgary had overtaken those in Toronto (where there is rent control legislation) as a result. Starting from this relatively high base should help cushion the blow for landlords should rates drop further as it looks like the Alberta economy is in for another tough year, as well as for developers considering building apartments.

“There’s a little more risk involved but, by the same token, there are higher potential rewards given the strong rental rates in the market,” said Midgley.

Using the most recent census data available, from 2011, Calgary had a larger proportion of young adults with higher incomes than other major Canadian cities. With the depressed state of the Alberta economy, information from the next census could paint a different picture, though Midgley believes that Calgary still possesses good market fundamentals.

An aging inventory of rental buildings

Most existing rental product in Calgary was built in the mid-1960s to the early 1980s. Units of different sizes are often subject to the same rental rates, which often results in a smaller range of rents when compared with newer product, especially at the lower end of the market. Dens in these units are uncommon, they don’t usually have washer-dryers, and two-bedroom apartments frequently have only one bathroom.

Calgary has a number of newer quality apartment buildings, including at least four which were completed in 2014 and 2015 (Elata at Glenmore Gardens, The Metropolitan, Vivenda 56 and Aura). These high-rise buildings are typically appointed to a higher standard than newer quality low-rise buildings and many feature stainless steel appliances, quartz countertops and tile backsplashes. They generally offer an array of amenities such as lounges, games/party rooms, theatres, business centres, fitness centres and outdoor terraces.

Midgley rates most of these apartments that have been built over the past five to 10 years at an A-minus level.

“In rental markets such as Calgary where rental rates have been strong and there are strong income levels, some developers aren’t pushing the boundaries in terms of quality,” said Midgley, who declined to provide names. “As a result, the rents they’re receiving aren’t as strong as what they could be if they had better quality apartments.”

The vacancy rates for bachelor, one- and two-bedroom units were 2.4 per cent, 4.9 per cent and 5.3 per cent respectively in 2015. Those are the highest rates since 2009, and previous peak levels resulted from several years of incremental increases. The 2015 peak occurred rapidly, and it remains to be seen whether this level will continue in 2016.