I spent this past Saturday enjoying the sights and sounds of Calgary’s entertainment wonderland, Calaway Park. 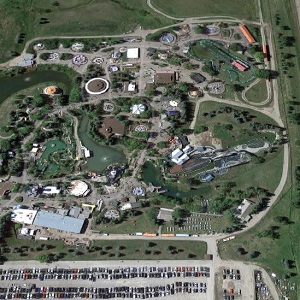 Not much has changed since my last visit more than 20 years ago, which though nostalgic also led me to wonder, “Why?”

By most accounts, Calaway Park is a beloved local attraction, but it did not start out that way.

The history of Calaway Park is mired in zoning and planning disputes that date back to the late 1970s.

According to Wikipedia, the park was the idea of a former Red Deer lawyer by the name of John McAfee and a variety of other Western investors.

The original project cost was estimated to be $8 million but ballooned to $25 million, including $3 million for the park’s signature roller-coaster.

The RM of Springbank and its rural residents were worried the park would disturb their tranquil country life. When the developers persisted, appeals were filed and landowners dug in their heels.

There were additional snags with the Calgary Regional Planning Commission, which said the park would not comply with established planning regulations. A citizens’ action group was formed and it pushed back at every opportunity in order to stop the project.

A vote which approved construction of the park was held in October 1979, but development didn’t start until 1982. Unfortunately, these were not the last hurdles Calaway Park would face.

By the time Calaway Park opened its doors in 1982, the city was in a recession. Rival attractions such as the Calgary Zoo and Calgary Stampede could more effectively compete for the very little money folks had to spend on entertainment due to their central locations.

Situated 10 kilometres beyond the city limits, Calaway Park touted unlimited access to all rides at a cost of $11.95 per person. Not bad, considering it’s close to $30 today.

This wasn’t a new concept. Other amusement parks such as Disneyland offered similar ticketing, but Canadians weren’t buying it.

The original park plan featured 14 attractions, which didn’t offer sufficient value to get Calgarians in the door. On top of the disappointing gate sales, the park was also hit with 17 lawsuits totalling $1 million in its first year.

Developers sought help from the province but were turned away. By 1983, the park was in receivership. As a consequence, all lawsuits were stayed.

Northland Bank took over the park when the receivership ended in 1984. The park was reformatted and rides expanded to attract older kids. Prices were cut to entice families. But, even this could not make the park profitable.

At no time did the park close, thankfully. It limped along with borrowed money from different owners and a dream to see it succeed.

Fred and Wilma who?

Developers paid Hanna-Barbera $500,000 for the rights to use The Flintstones likenesses at the park, which became the Flintstones Fun Park.

Though initially a neat idea, it was probably a good move on the part of the developers to change the name a few years later to its current Calaway Park. Though The Flintstones lived on for generations in syndication, the series ceased creating new material in 1966.

Despite the name change, images of Fred Flintstone and the gang were apparent throughout the park in my youth. The characters have now disappeared but the facades of some of the older buildings still reflect the cartoon imagery of Bedrock.

Fun never gets over old

It took more than 20 years, but the park was able to expand in 2001. The park acquired five additional acres to the 160 acres Calaway calls home. Calaway Park now has 33 rides, 22 food stalls and 27 games.

There are no current attendance numbers available, but in 2004 there were approximately 65,000 season-pass holders with approximately 500,000 people entering the gates during the season. With weather playing an important role to the success of the park, attendance can vary from year to year.

This past weekend was awesome with beautiful fall weather. The park was fully decked out for Halloween with staff festively dressed in costumes.

I can report that Calaway Park is in fine shape. All the rides were open and buildings were well-maintained with a fresh coat of paint.

There are no signs the park is in any disrepair and I selfishly hope it stays this way.

I will never forget my first splash on Timber Falls and you better believe I took a ride on it this weekend. My fond memories of this cool Calgary landmark remain intact.