Canada’s new recreational cannabis industry is set to boost retail opportunities from coast to coast, but it’s becoming increasingly clear those businesses and their products will not be consistently available across Canada. 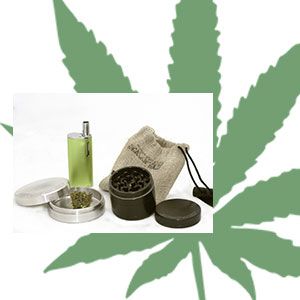 Varying retail regulations and business models within the provinces and territories are making some markets more attractive than others, experts say. Meanwhile, some municipalities have decided to ban cannabis retailers within their borders, despite nationwide legalization of recreational marijuana possession set to occur on Oct. 17.

Did you miss Part I? Canada’s booming cannabis sector gobbles up CRE, farmland

Retail landlords around the country should be paying close attention to the emergence of recreational cannabis in their markets, said Dan Rowland, a Denver-based cannabis industry consultant.

“You don’t have negative impacts, really, of putting cannabis retail into play,” said Rowland, who has been working with Calgary-based 420 Advisory Management.

“In a place like Alberta where they swung the doors wide open for private industry to come in and operate retail, they’re going to have 250 stores up and running here pretty quickly, and they’re not putting a cap on it,” Rowland said.

The number of retail shops in Alberta could grow to 500, he said. “Those are 500 businesses that don’t exist right now. That’s a great economic driver right there.”

In the early stages of legalization, companies will only be able to provide a fraction of the products consumers will ultimately want, Rowland said.

“Health Canada isn’t even allowing us to sell many of the products initially, so we don’t even have access to the full range of products.”

He said the market will boom and initially won’t be able to keep up with demand. “We will get there eventually,” he said.

The industry will need to meet the demand for commercial property, “which is a good thing,” Rowland said.

Some cities say no to cannabis

However, none of that business will be taking place in Richmond, B.C. City council in the municipality of about 200,000, just across the Fraser River from Vancouver, is opposed to legalizing cannabis and has opted to ban all cannabis retail activities.

“Very simply, we’re not allowing it,” Richmond Mayor Malcolm Brodie told RENX in an interview. “We (once) had a medical marijuana dispensary set up in Richmond and we went to court and shut it down.

“We just don’t want the retail sale in our city and we imposed a bylaw accordingly.”

Each province and territory has been developing its own framework for how to manage cannabis retail and municipalities have been equipped with the authority to control business permits, land use, retail locations and rules governing sales.

Alberta has opted for an entirely private retail model. Quebec has chosen to go with a 100 per cent government-run retail model. Under its former government, Ontario had planned to operate retail cannabis sales through the Liquor Control Board of Ontario (LCBO), but with a new Conservative regime in place is set to reverse that in favour of a private model.

B.C. has opted for a mix of private and public stores.

Brodie said the control municipalities have over permits and location means they can ban cannabis retail entirely. “That is the choice we’ve made.”

Elsewhere in the region, the District of West Vancouver has temporarily blocked the licensing of cannabis retailers.

“(Municipalities) do have the power for total prohibition, but that is not what West Vancouver has done,” said Donna Powers, a spokeswoman for the district.

She said the district council is working to develop criteria for the placement of retail cannabis but it likely won’t be ready by Oct. 17.

“No one is arguing that (cannabis) shouldn’t come to West Vancouver,” she said. “That’s an impossibility. It’s legal. The people have spoken in this country and it’s not possible to keep it out of a tiny municipality when you have a Lower Mainland made up of a patchwork of municipalities. They’ll (customers) just go next door.”

“If done right, cannabis retail in the right place with the right mix could contribute to revitalizing our business areas,” Powers said.

Commercial real estate firm Avison Young released a framework report in June for landlords on how to navigate legalization.

The firm created a request for qualifications process to educate, vet and assist landlords in selecting prospective retail-cannabis tenants. It includes nine categories AY believes are required for a cannabis retail business plan, including tips on the hiring process, security and finance.

“(We’re) trying to help both landlords and prospective retail cannabis tenants understand what needs to be in place business model-wise to prove that you are a qualified productive tenant that’s going to fit with the landlord’s tenant mix,” said Susan Thompson, a research manager with Avison Young in Calgary.

“Nobody is sure what the ultimate market demand (will be) or what type of store is going to do well,” Thompson said, noting most retailers seem to be securing spaces of between 1,500 and 3,500 square feet.

“The big question in our minds right now is what the demand is going to be,” she said, “and what type of retail experience are clients going to respond to?”