The Canadian hotel real estate market has enjoyed a strong period of performance growth and Brian Flood, who joined Cushman & Wakefield from CBRE Canada earlier this month, is looking to capitalize. 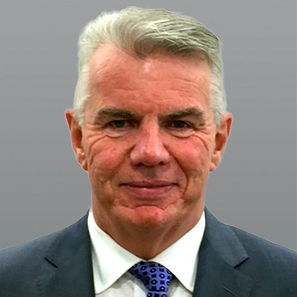 Brian Flood is the practice leader of the Canadian hospitality and gaming group at Cushman & Wakefield.

“They’re focused on expanding the hospitality services aspect of the business within Canada, which is one of the reasons why I came,” said Flood, who was a senior-vice president with CBRE Hotels and a director with CBRE’s valuation and advisory services group before joining Cushman & Wakefield’s valuation and advisory division as practice leader of the hospitality and gaming group for Canada.

“Canada has become a favoured destination for global investors and we’ve certainly seen a lot of inflows from overseas entities into the market in general, but into hospitality in particular.

“I think it’s important that you’re part of an organization that’s well-connected with counterparts overseas and in the U.S.”

Flood said there’s been record earnings growth in the hotel sector in several provinces over the past few years and that profitability levels have increased significantly.

Last year set a record for Canadian hotel sales volume with approximately $4 billion in transaction activity. While Flood expects sales to fall short of that total in 2017, he still expects a strong year.

“Hospitality is a space where investors can still get a premium return over and above what you can get on an office or retail development,” he said, adding the sector is also a good hedge against inflation as hotels can raise room prices to stay ahead of cost increases.

“Canada is a stable market. There’s no political uncertainty so investors look at Canada as a fairly safe haven for investment.”

Flood said there’s hotel development activity in the suburbs of Toronto and Ottawa and luxury boutique hotels, which are often part of larger mixed-use developments, are coming into the downtown Toronto market.

One example is Nobu Toronto, which was announced in early March. It will feature Nobu-branded high-rise residences and Canada’s first Nobu Hotel and Nobu Restaurant.

“The very high underlying land values does impact the decision on whether or not to maintain it as a hotel,” said Flood. “The types of densities that the City is approving and the value of that density sometimes exceeds the value of the hotel as an operating entity.”

Such conversions aren’t merely a Toronto issue, as Flood said they can also depend on the market, building and potential work that needs to be done on a hotel once it has reached a certain point in its life cycle.

“If you’re an owner and you’re faced with investing a lot of capital to maintain it as a hotel or alternatively switch to another use, depending on the location it may make more sense to convert it.”

Effects of exchange rate and Airbnb

Flood said the Alberta and Saskatchewan hotel markets, hit hard over the past couple of years, should improve their performance and see investors return in 2017.

He points out the low value of the Canadian dollar is already benefiting some Alberta resorts which have prospered from increased tourist activity from the U.S.

While Airbnb and other similar online community marketplaces have been making headlines for their potential impact on the purpose-built rental and hotel sectors, Flood didn’t express a lot of concern with how they could encroach on his business.

“Airbnb room supply is very elastic. You tend to see rooms coming to market when the market is running at capacity anyway. When the market is a bit slower, you don’t necessarily see those rooms.”