The Spring Creek community in Canmore has become one of the most desirable addresses in the mount... 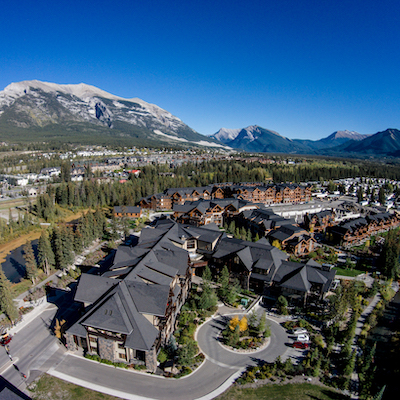 The Spring Creek community in Canmore has become one of the most desirable addresses in the mountain resort area of Alberta, situated in the heart of the town, with development encompassing residential living and hotels.

The majestic land holds a special place in the heart of Frank Kernick, president of Spring Creek which is developing the community; he grew up on it when it was the family dairy farm. For Kernick, this is a legacy project.

“We do call Spring Creek the heart of Canmore because we’re located right (in) downtown Canmore. It’s a really unique redevelopment site,” Kernick told RENX in an interview. “It was one large 70-acre piece of land that was previously a mobile home trailer park campground that got a redevelopment plan on it back in 2006 to redevelop it into Spring Creek which we have today.

“It’s a block off Main Street Canmore and it’s surrounded by two beautiful spring-fed creeks that join at the end of the property. So it’s almost like a little oasis island of its own just off of Main Street Canmore. It’s probably one of the most unique redevelopment sites in Western Canada being in a mountain resort community and being so close to the town centre.”

The 56-year-old Kernick, who is the sole owner of Spring Creek, said the development started just prior to the recession of 2008. Construction slowed through the tough economic period, but has taken off during the last three to four years.

History of the Spring Creek property

“I was born and raised here and on this property. The lands were my grandfather’s original dairy farm from 1927, where he provided the milk to the mining town of Canmore,” said Kernick. “My father and uncle, after my grandfather passed away, turned it into a trailer park campground.

“I ended up buying the land from the family in 2002 and my father and uncle were way past retirement age at that time.

“I did the planning process from basically 2002 to 2006 to come up with the Spring Creek Area Redevelopment Plan from the trailer park campground to what we’re turning it into today, which is mainly high-end recreational permanent resident condos and townhomes.

“I’m allowed to build with my plan up to 1,000 residential units on this property along with, at the front entrance, up to 200 hotel rooms. The purpose was to make sure we had a commercial component to the land . . . and the commercial component we wanted near the entrance to Main Street so it’s a five-minute walk to there.”

Kernick, who graduated from the University of Calgary with a Bachelor of Science in Mechanical Engineering in 1985, has been a developer in Alberta and B.C. for more than 25 years.

Before he unveiled his vision for Spring Creek in 2004, Kernick developed neighbourhoods in Canmore and in Invermere, B.C. Over 25 years, those projects have included Canyon Close, Grotto Mountain Village and Eagle Terrace in Canmore, and Lakeview Meadows in Invermere.

What’s being built at Spring Creek

Kernick said about 400 condo and townhome units have already been built on the Spring Creek site. A few mobile homes and campsites will remain on the property for the next couple of years.

* Jack Pine Lodge, a 49-suite luxury lodge, under construction, with one live/work unit. Anticipated completion late spring 2021;
* Creekstone Mountain Lodge, a 56-unit, multi-family residence; plus two live/work units and two commercial bays. Opened 2018;
* White Spruce Lodge, a 49-unit, multi-family residence under construction and expected to be complete in the fall of 2019;
* Origin at Spring, a seniors residence, which is open with 110 condo suites with a mixture of full ownership, independent living units and all-inclusive rental suites;
* Rundle Cliff Lodge, 59 residential units plus one commercial bay. Opened late 2009;
* Glacier Rock Lodge, 50 residential units of which four are live/work. Opened early 2008;
* Moraine Ridge Lodge; 46 residential units of which three are live/work. Opened late 2018;
* 43 Creekside townhomes have been constructed;
* Eight single-family homes sites (all sold) with four built and occupied and one large custom home to break ground this year;
* The Malcolm Hotel and Event Centre, opened in November 2018, a four-star luxury hotel with 124 rooms;
* and the Canmore Opera House, a replica of the original Canmore Opera House which was built as a band hall in 1898, its logs cut from the slopes of Ha-Ling Peak. Completed in 2017.


When the project is completed, there are expected to be about 12 to 14 buildings in Spring Creek.

“Spring Creek is mainly attractive to the regional market. We do get a lot of people from Canmore that buy, that sell their houses and go to a lock-and-leave condo for that stage of their lives when the kids have left home,” said Kernick. “We do have that market in Canmore. 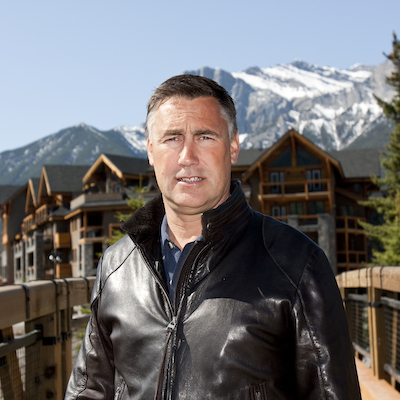 “We do also have a market from Ontario and the rest of Canada who are looking for recreational property and places where they too want to future retire to. And a little bit international market. We do have some Americans that do buy up here to try and get out of the heat.

“They love our summers and they love getting away from the heat whether it’s Texas or other places in the summertime to come up and maybe come up some weekends for skiing as well.”

Kernick said the real estate market in Canmore has been very strong for the last three to four years. There’s a low amount of inventory for resales.

The market, he said, is tied to the value of the Canadian dollar, not to the price of oil. A weak Canadian dollar means Canadians are staying home for travel and international visitors are coming to take advantage of that low dollar.

Also, Canadians aren’t buying property outside of the country because of that lower dollar and instead investing in residential real estate here, including in Canmore.