Partners REIT (PAR-UN-T) is “a completely different company” than it was a few years ago and the future looks solid as the company moves to focus its holdings in Ontario and Quebec, says CEO Jane Domenico. 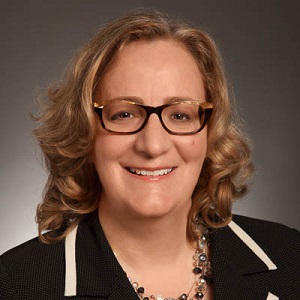 “We internalized management . . . and our balance sheet has been improved as a result of deleveraging our debt,” she told RENX in an interview. “When I came on, there was almost $90 million of unsecured convertible debenture debt. Today, that is zero.

“We were externally managed and externally asset-managed. Today we do both things internally.”

Real estate results have improved “and we’re a completely different company from an operating point of view.”

It’s a far cry from when Domenico first joined the REIT in 2013 after a more than 20-year career that has included working with Oxford Properties, Ivanhoé Cambridge and alongside some of Canada’s largest pension fund developers.

She became Partners’ chief operating officer in February 2014 and interim CEO from May 2014 to July 2015. At that point, the “interim” was removed from her title.

Partners started out as Charter REIT in 2007. It focuses on retail and mixed-use community and neighbourhood shopping centres in both primary and secondary markets. The trust’s current portfolio comprises about 2.3 million square feet of leasable space.

By 2010, when it had grown to own about 10 mid-sized shopping centres in Ontario and Quebec, League Assets Corporation bought a 33 per cent stake and changed the REIT’s name.

But League Assets and the Partners board soon battled over governance issues, management and control of its assets. League Assets became insolvent and Partners REIT initiated steps to re-establish its independence in 2012.

Partners faced additional controversy in May 2014 when significant unitholder Orange Capital LLC challenged the legitimacy of a property transaction. Partners was forced to back out of the deal and board members resigned.

Under Domenico’s reign, Partners has undergone a significant transition, which continues today.

Partners internalized property management west of Quebec, and chose Cogir as its external property manager in Quebec. That move “has brought us to a new high level of real estate operations,” Domenico says.

She notes the REIT’s largest tenant in the province is the Quebec government. “You really need sophisticated, Quebec-based boots on the ground to properly manage Quebec.”

Partners’ financial picture has improved with “a much more normalized loan-to-value structure in terms of secured debt, and it’s a mortgage debt.”

However, the REIT’s “unit price trades at a significant discount to our NAV,” Domenico says. That NAV, however, “is quite real” given that every Partners asset has been externally appraised since 2014.

“Historical issues” that would affect the stock price “have been put to bed,” she says.

However, Partners’ closing last July on a rights offering of 11.4 million units and the fact the REIT has three large, independent unitholders who make up about 55 per cent of outstanding units, have impacted the share price.

In March, Partners put its 11 Western Canada properties in British Columbia, Alberta and Manitoba up for sale.

“If we can’t raise money in the marketplace, then we have to raise money through property dispositions,” Domenico says.

The move would leave the REIT geographically focused in Ontario and Quebec, where it owns 23 properties.

“With Western Canada, we’re selling at the top of the market,” she says. The properties are 99.7 per cent occupied and “perform at a very high level.” Domenico says the REIT has a potential purchaser for one of the 11 properties.

Proceeds of sales will be used to reduce debt and fund capital investments in Partners’ remaining properties.

There is development potential at a number of properties. For example, a pad opportunity at Centre Le Village on Montreal’s Nuns’ Island is “very close to announcing,” and “there’s great opportunity for ‘de-malling’ ” of Place Desormeaux in Longueuil, Que.

Partners has also been talking to retailers about the possible addition of a quick service, or other type of restaurant, at the Saint-Remi Shopping Centre in Saint-Remi, Que.

Domenico notes the Montreal area, where Partners has most of its Quebec properties, is “going through an economic renaissance.”

In addition, the company is proposing a major redevelopment of its Cornwall Square shopping mall in downtown Cornwall, Ont. It’s the city’s largest enclosed shopping centre with more than 250,000 square feet of retail space.

Partners plans to replace the former Sears store with a five- to seven-storey rental residential building, which CBRE is marketing. The rest of the mall would remain.

In February, Paul Harrs resigned as Partners’ chief operating officer. Harrs joined the REIT in January 2016 and led the internalization of its operations.

At the same time, the REIT underwent a reorganization of all divisions and corporate operations to reduce administrative and property costs, with estimated annual savings of about $800,000.

“Harrs did a wonderful job,” but his services were no longer required “because we’re not going to be growing the REIT” unless the right asset at the right price comes forward, Domenico says. “Every department was impacted by those reorganizational changes that we undertook.

“I would classify the organization today as being right-sized for today’s business needs.”

Now that Partners has executed on its goal to implement operations that meet industry standards, Domenico says “we’re looking toward the future.”

Partners says the first quarter net loss was the result of unrealized fair value losses on the REIT’s property portfolio. Same property net operating income for the quarter was $7.7 million, $300,000 more than the same quarter in 2017 due to new leases, renewals and the impact from development activity.

In a statement, Domenico said the most significant real estate change in the quarter was the termination of Sears’ tenancy at Cornwall Square which represented 4.4 per cent of the portfolio’s total GLA. Including Cornwall Square, Partners’ occupancy is at 90.8 per cent; it’s at 96.6 per cent excluding the Square.