Change at the top for LaSalle Canada 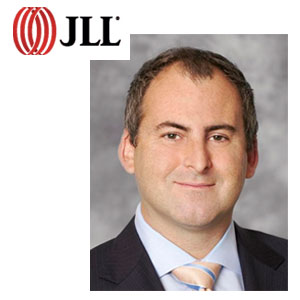 “I had reached the point in my career, and age has a lot to do with that, where I felt that it was certainly time for me to step back and spend more time doing other things,” said Altman, who will transition to executive chairman of LaSalle Canada and remain president of the LaSalle Canada Income & Growth Funds.

“We also want to expand and grow the platform and I thought it was probably the appropriate time.”

Zelick Altman was CEO for 11 years

Altman has served as CEO and led LaSalle Canada’s 19-person team from its Toronto office for 11 years. He first spoke to LaSalle Americas CEO Jason Kern about a succession plan about a year ago.

“We’re quite excited for John to start,” said Altman. “We see a great future for LaSalle Canada.

“We’ve done a good job so far but there will be lots of opportunities going forward. We see this as a new chapter and we’re really looking forward to continued success.”

McKinlay brings more than 20 years of real estate investment management experience to LaSalle Canada. He most recently served as executive vice-president of acquisitions for Canada at Bentall Kennedy, where he managed a team of seven and originated more than $5 billion in transactions during the last five years. He previously held senior positions at GE Capital in Toronto, where he was responsible for real estate asset management and transaction activity.

“It was the right opportunity and the next chapter for me after a 13-year run at Bentall Kennedy,” said McKinlay of his new role. “Zelick and his team had done a lot of heavy lifting in terms of establishing a reputation in LaSalle’s brand in Canada.”

McKinlay will become a member of the LaSalle Americas management board, supporting the development and execution of the firm’s business strategy. He’ll report directly to Kern and manage all aspects of the business in Canada, including delivering superior investment performance, developing new business and product opportunities, managing investor relationships and driving profitable growth. (John McKinlay shown in image.)

“In the near term, my first priorities are certainly going to be getting to know the people in the group and understanding their strengths and building a trust and rapport,” said McKinlay. “It will be the same with the clients and earning their trust.”

Altman will provide advice to McKinlay when needed though most of his time will be spent overseeing LaSalle Canada Income & Growth Funds. The first two funds have been liquidated and the company is implementing value-add strategies before selling off the properties in the third fund. There’s committed equity to invest in a fourth fund.

LaSalle Canada is part of LaSalle Investment Management, which had approximately $59 billion of private and public equity and private debt investments under management in the first quarter of 2016. Its client base includes public and private pension funds, insurance companies, governments, corporations, endowments and private individuals from around the globe.

LaSalle operates in 17 countries and Altman said Canada is holding its own compared to other territories and has been profitable with healthy margins every year since he took over.

“In addition to that, we’ve introduced a number of larger funds to our global network and have had a lot of investment by large institutional funds not in Canada, so it doesn’t go directly through us, but which are investing with LaSalle in different parts of the world. I think our presence here is very much felt in making those funds comfortable with choosing LaSalle Investment Management as the advisor to help them invest in other parts of the world.”

LaSalle’s environmental, social responsibility and corporate governance policy has played a bigger role in the firm’s decisions and operations in recent years, and that will continue.

“Typically we’re not buying the newest and shiniest buildings because we’re mostly investing in value-adds, but we’ve taken those buildings and brought them up to LEED standards and had them certified,” said Altman.

“We have a very active program to try and improve the sustainability of the properties we’re buying on behalf of the funds. It’s been a good real estate investment decision for a number of reasons. In addition to being good for the environment, it typically saves tenants money and operating costs, which hopefully allows us to attract more tenants.”