Christina Giannone grew up in a construction industry family, but it wasn’t until she took on a j... 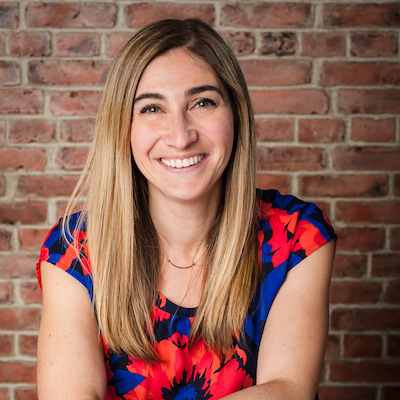 Christina Giannone is the vice-president of Port Credit West Village Partners, which is building Brightwater in Mississauga. (Courtesy PCWVP via KG&A)

Christina Giannone grew up in a construction industry family, but it wasn’t until she took on a junior planning role after university that she discovered a passion for the complexity of the job.

“I just wanted to absorb it all . . . I wanted to learn every part of it,” said Giannone. “So I bought steel-toed boots and a hard hat, made sure they got dirty and got myself on site. But I had so much to learn.”

She’d already been working for the family business, FRAM Building Group, on major master-planned projects, such as the 27.2-acre, mixed-use Port Credit Village.

But she needed to up her game, so she went back to school with renewed purpose: she got her masters in business administration with a specialization in real estate and obtained her development certificate at the Urban Land Institute.

She oversees the massive 72-acre multi-phased, master-planned site in Mississauga that has a build-out of 10 years and will include 2,995 residences, 150 affordable housing units, 18 acres of green space and 300,000 square feet of commercial space, including an elementary school and community centre.

Giannone grew up near Brightwater site

She said the project is close to her heart because she grew up two blocks away from the decommissioned oil refinery site that for years sat empty, surrounded by a chain-link fence. She still lives in the neighbourhood with her kids and husband.

However, now the site has taken on a different meaning because she gets to transform a barren landscape into a community with homes and parks and amenities.

“When Imperial Oil put it on the market and was seeking a request for proposal, I said, ‘I have to be part of this.’ I live currently with my family five minutes from there . . . I put so much of my passion and my time into this project because it’s home.

“To be able to do (something) that will impact how my family uses our own community. It is a once-in-a-lifetime opportunity.”

The partners obtained zoning approval in 2019 and are at the early stages, with the road network recently completed. The first phase includes two commercial buildings with anchor tenant the Liquor Control Board of Ontario (LCBO). Central to the community will be a large piazza or town square.

Construction on the first phase gets underway this spring, as well as the sale of townhouses. After a delay in launching sales due to COVID, by the end of 2020 the partners sold out their first two mixed-use buildings, Brightwater I and Brightwater II, which include 311 residential units.

“We did some online marketing and we decided to launch in the fall, and built our presentation centre, even though no one has been in it,” said Giannone, laughing. “But we sold out through virtual appointments . . . and so it’s interesting how the sales program and processes changed.”

Diversity in CRE: “It is changing”

Giannone is one of few female developers, but she said that landscape is quickly changing as her industry joins the movement for greater diversity — something to celebrate this International Women’s Day, on March 8.

“I’ve sat in board rooms with executives where I am the only female, but that being said, it is changing. In my day-to-day, I am also surrounded by so many intelligent and inspiring women that lift each other up. I can see that these women are taking on leadership roles as time goes on.

“For my project specifically at Brightwater . . . one of the things for us that is a really important theme is connectivity in general, but one of the pillars is connectivity to community and being inclusive — so how do you create that if you don’t have that diversity around the table?

“I’m lucky that I work for a partnership that does offer that so that voices are represented across gender and across race. So it’s a really cool experience to be part of how the industry is changing.”

Like a lot of her male colleagues, she had the family background, which helped. But she also has female mentors and she mentors other women.

She’s made those connections through York University’s Schulich School of Business, where she earned her MBA, the Urban Land Institute, and the Ontario Home Builders’ Association, where she sits on the executive committee.

Networking aside, a greater involvement of women at the senior level of the industry is a positive at a highly practical level, she said, as a female perspective is valuable to design and planning.

She said her father Frank, who founded FRAM in 1981 with his father John, challenged her to take on greater responsibility within the firm.

That led to her pushing for the role at Brightwater, where she’s overseeing almost every aspect of the community, including land acquisition, feasibility studies, design, community engagement and municipal approvals.

She calls her role the job of a lifetime.

“I don’t think people know the different job opportunities that there are in real estate and development.

“(My dad) let me take on projects on my own and work through challenges — and I’m grateful for that, because it gave me the confidence to make my own decisions and make my own recommendations, to do the research behind it and to take responsibility for projects early on.