CIM International Group Inc. (CSE:CIM) and its partners have begun site preparation for the Mackenzie Creek development in Markham, Ont., which will contain 195 townhomes at full build-out. 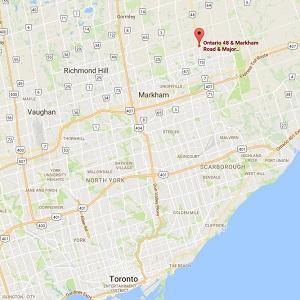 Averton Homes is the project manager for Mackenzie Creek, which will be located near the intersection of  Markham and Major Mackenzie roads in the city north of Toronto.

Morrison Financial Mortgage Corporation is providing up to $71,130,000 in financing for the construction phase of the project.

Servicing and infrastructure are being prepared at the site, and construction of Phase I of townhomes is expected to begin in mid-January of 2018. CIM says the project is expected to be completed during the fall of 2019.

CIM International has invested $10 million in capital into CIM Mackenzie Creek Limited Partnership and says it will receive an annual distribution of $2 million for a three-year term.

The project is situated about 30 minutes north of Toronto, with easy access to both Highways 404 and 407. The York Region transit system and Mount Joy GO Transit station both service the community.

The CF Markville shopping centre and other retail areas are within a five-minute drive, according to the Mackenzie Creek development’s website. Schools are already established in the Bur Oak Community neighbourhood.

CIM International Group Inc. is based in Toronto and is classified as a Diversified Industries company. It is engaged in real estate development as well as mineral resources exploration and development in Canada.

Averton Group has more than 50 years of experience in low-, mid- and high-rise residential developments in Alberta and Ontario. The company has developed thousands of acres of land and 10s of thousands of homes.

Between its two active operations in the GTA and Alberta, Averton has more than 3,500 units at various stages of development.

Morrison Financial is a Toronto-based private finance firm formed in 1987. Morrison’s roots are in factoring, and it has expanded to include other forms of commercial finance, construction lending and other specialized financing in areas “not well serviced by Canada’s institutional lenders”, the company says.