Ottawa-based real estate management company Colonnade Bridgeport is looking to grow its Ontario presence and has expanded its operations in the Greater Toronto Area. 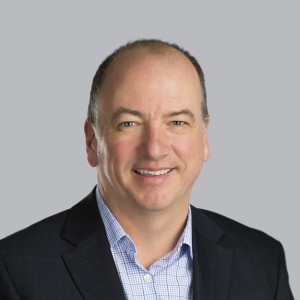 The company, which already manages 1.8 million square feet of property in the GTA, has opened a new office on Solar Drive in Mississauga. The office currently employs 14 in positions ranging from building operations, accounting and property management.

“We went (to Toronto) because of requests from our clients,” said Hugh Gorman, president and CEO of  Colonnade Bridgeport. The company is the result of a 2016 merger between Colonnade Management, active in Ottawa since the 1980s, and the Bridgeport group of companies, which Gorman founded in 2009.

Gorman started his career in Ottawa working for Canderel in the early 1990s in leasing and development. He became an Oxford Properties employee when it acquired Canderel in 1999, moving up the ranks to oversee its property and asset management platform in Eastern Canada. He was appointed vice-president of global principal investment for the industrial portfolio in Canada at Oxford, before resigning to start Bridgeport.

Before the merger, both Colonnade and Bridgeport had dabbled in business in the GTA. Bridgeport had an existing office in Toronto, but the time was finally right for a bigger push.

“We were thinking about it from a standpoint of making sure we could execute,” Gorman said. “There’s no doubt that there’s opportunity in that marketplace and it’s continuing to grow, but we felt we needed to do it from a position of strength. That strength is bolstered by building a team, and also making sure that we have clients that support us.”

The company has built a trusted relationship with clients in Ontario through managing a total of 8.1 million square feet of property. Colonnade Bridgeport made its name in Eastern Ontario by managing developments like the still-expanding Kemptville Colonnade retail hub, purpose-built rentals at Westboro Connection, and the Kanata North Technology Park.

It has managed a wide range of property types, so the Toronto expansion is a chance for the company to use its diversity and adaptability in a new market. Colonnade Bridgeport’s main office will remain in Ottawa and support the Mississauga office with IT and administration.

The company employs 125, so the base of employees in the GTA is modest at 14, but with 14,000 square feet of leased office space there is plenty of room for what Gorman hopes will be a steady expansion.

“We’ve had additional clients give us business there. As a result, we’ve been able to build the team up organically to the point where we’ve got scale and critical mass and can start really making significant investments in the growth of our (Toronto) team.” said Gorman. “We’re confident that we’ve got the support of our clients and we’re starting to build a robust team there.”

Pre-merger, Bridgeport was an entrepreneurial real estate investment company. Colonnade had evolved into a robust real estate services company. After each company originally attempted to buy the other, it was decided a merger was the best way to move forward.

Its services range from development and property management to accounting and background financial reporting. Whether it’s co-investing with clients, or just providing services, Colonnade Bridgeport remains focused on partnerships, regardless of the market it is pursuing.

“We’re looking to grow our platform substantially in both Ottawa and Toronto,” said Gorman. “We’ll grow as fast as our accounts want to continue to work with us and give us more opportunities. That’s based on our ability to deliver, which is based on our ability to find quality people. The growth will happen at a pace where we can properly deliver to our clients.”

Gorman said Colonnade Bridgeport has taken over a large asset management portfolio for the IAM Group as part of its robust GTA platform. The goal over time is to build up infrastructure through the real estate management platform so it can support more speculative projects, such as developments.

As for the future, Colonnade Bridgeport continues to be heavily involved in and around Ottawa.

There are 500 residential units under construction between projects along the city’s new LRT line near McRae Avenue; continuing to manage Kemptville Colonnade which is almost fully leased and was recently sold to Desjardins Group; management of a hotel in Bells Corners; the next phase of a development involving the LCBO (Liquor Control Board of Ontario) in the Ottawa village of Richmond; and the recent purchase of a plot of land in Carleton Place for mixed-use development.

“We’re not abandoning Ottawa by any stretch of the imagination, but we’re really focused on making sure the growth is the right kind of growth,” Gorman said. “We’re going to do Toronto in the same way.”