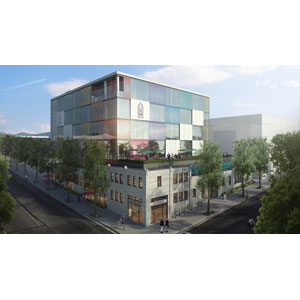 Getting media attention for commercial and industrial real estate developments can be pretty tough these days.

In a world of shrinking media and mass layoffs, there are fewer and fewer news outlets writing about real estate in Canada.

Getting media coverage requires the right combination of storytelling sense, contacts and partnerships. It’s still possible, of course, but finding your story and getting it out there involves a magic formula that is always evolving.

The latest element to help captivate audiences is video. It’s become a standard requirement in a very short period of time.

In just the past year, news outlets have come to rely on video created by the companies they profile because they don’t always have the resources or time to produce it themselves.

For them, it’s an added value to their readers to post video at the end of a story. It can also be the story in and of itself.

It not only provided content for the media and for social media, it also really brought the development to light in a way that’s impossible in just words. Interviews with the developer and with business leaders in the neighbourhood really served to illustrate what makes this project interesting and the changes coming to this area of Vancouver.

Another successful video example was produced for Wesgroup’s massive, new riverfront development River District. To launch the 140-acre mixed-use residential and retail neighbourhood, we invited media to a hot air balloon tour so they could see the breadth and scope of the development.

We got drones out and Smart City Media produced the video that was posted on many media sites, along with their experiences of riding in a hot air balloon. It was shared 2,600 times.

The drone video was so cool and fun to watch Wesgroup continued to produce a series of videos over the summer to draw people to what is a relatively unknown area of Vancouver. One of their summer event videos received more than 4,000 views. Another was featured in a video and posted on the local blog, Vancouver is Awesome.

What’s the story behind your real estate development? How would you turn that story into a video sufficiently interesting to be picked up by the media and seen by interested buyers and investors?