The number of condominium apartment rental transactions reported through the Toronto Real Estate Board’s MLS system in the first quarter of this year was 6.5 per cent higher than the same period in 2015. 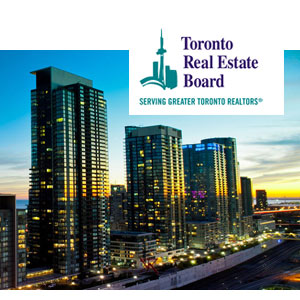 “Condominium apartments have accounted for much of the new rental stock available in the Greater Toronto Area (GTA) over the last few years,” said Toronto Real Estate Board (TREB) director of market analysis Jason Mercer. “Comparatively speaking, we have not seen near as much construction activity for purpose-built rental units.”

The TREB report showed most of the growth in the GTA’s rental housing stock came from rented condos. The estimated number of rented condo units grew to 105,317 in 2015 from 92,257 in 2014. That increase in supply was sufficient to increase the condo vacancy rate to 1.8 per cent from 1.3 per cent. The overall demand for condo rentals remained strong in the face of significant increases in supply.

“The number of condominium apartment units listed for rent at some point during the first quarter was down in comparison to Q1 2015,” Mercer said of TREB’s 2016 data. “Some of this could have to do with the ebb and flow of new condominium apartment completions and strong absorptions of available inventory.”

“TREB sees substantially more rental condominium apartment listings and transactions compared to condominium townhouses. This likely reflects development trends in the GTA more broadly over the past decade, with condo apartments accounting for an increasing share of new home construction.”