There was an aura of confidence emanating from the four panelists discussing the downtown Toronto office market at The Real Estate Strategy & Leasing Conference at the Metro Toronto Convention Centre on Oct. 6. And with a three per cent vacancy rate in the core, who could blame them? 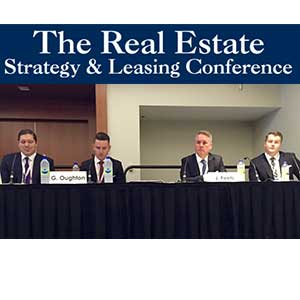 More than a million square feet of new office space has been coming on the market in recent years, activity is continuing, and in some parts of downtown there’s still not enough supply to meet demand, according to JLL senior vice-president Brett Elofson.

Even in the suburbs, which are looked at by many as the poor cousins to the towers and restored brick and beam buildings of downtown, new developments are continuing and performing well — albeit at the expense of older buildings that are hurting somewhat.

“The availability in downtown Toronto is a bit chunky, but I don’t think there’s any need to panic.”

Moves from class-B to class-A

Some vacancies opening up in older class-A towers, as former tenants move into newer buildings, are being filled by companies formerly occupying class-B brick and beam buildings — and paying triple the gross rent for the chance to do it. Some spaces in traditional class-A buildings are being made “funkier” to cater to these new tenants, according to Oxford Properties Group leasing vice-president John Peets.

“Don’t lose faith in your traditional buildings,” he said. “You can do some very interesting things, provided you have tenants that have a great vision and a culture that supports that kind of new direction.”

Allied Properties REIT central and western Canada leasing director Gordon Oughton said the types of tenants that his company’s restored and upgraded brick and beam buildings appeal to can’t find other options in the downtown periphery, which is why they’re moving into older class-A buildings in the core.

Allied typically receives competitive offers wherever it has more than 5,000 square feet available. Oughton said he spends much more time working with existing tenants and learning how his company can meet their expansion requirements than he does trying to lease vacant space. Allied has eight developments either under construction or planned to meet the needs of its growing tenants and to attract new ones.

“At the end of the day, all things being equal, the AAA towers will compete with each other. They’re all great buildings with great features but, if you can service the buildings the right way and treat your clients the right way, a lot of the times that’s the differentiator.”

Class-B buildings make up the bulk of Dream’s Toronto portfolio and Wadley said, “The velocity of opportunities and deals getting done in the last two quarters has been tremendous. We’ve had a few different locations where we’ve had tenants competing for space.”

Wadley said class-B landlords should rely on and work closely with the brokerage community and make deals simple for prospective tenants in order to make their real estate decisions easier.

“There’s a definite momentum for B-class tenants that are growing. If you position yourself the right way you’ll do quite well.”

Peets and Elofson agreed that the Canadian real estate industry has probably been too cautious when it comes to office construction in downtown Toronto, although Peets also said, “It’s good that we don’t have a lot of new supply coming on in 2019 and 2020 because we have legacy space that we need to back fill and lease.”