With land in urban areas becoming harder to come by and municipal development charges driving up new construction costs, converting existing buildings is destined to become even more prominent than it is today. 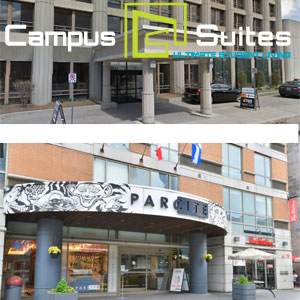 Seven people with experience in the field discussed such projects at the North American New Apartment Construction and Mixed-Use Symposium and Expo at the Metro Toronto Convention Centre on June 21.

“As with everything, there are opportunities and limitations,” said Adrian Mauro, president of The Chamberlain Companies – Managers, Architects, Constructors.

“You really need to see beyond that. You need to see the essence of what you have and the community that the building is in. You already have built forms around you to gauge your development.”

Mauro showed examples of several conversion projects he’s worked on. These included converting a 50,000-square-foot office building in Kirkland Lake, Ont. to an apartment, where the centre core was used for an exercise room, storage lockers and community spaces.

Mauro also described a restaurant converted to a hotel in Hamilton, Ont. and the conversion of a postal sorting facility into an all-suite hotel (which was subsequently converted to a retirement residence) in the same city after making use of the 22-foot ceilings and adding an intermediate floor in between. The same process was used to convert an Etobicoke, Ont. industrial space into a hotel and banquet facility.

“You need creativity,” said Mauro. “You can’t stop at the engineering reports because they’re very pragmatic. You have to have the passion to make it work.”

George Van Noten, Minto Properties’ senior vice-president of property operations, outlined his company’s conversion of a successful 418-suite hotel built in 1988 and located in downtown Ottawa to an apartment building. Cash flow continued to be generated because the suites were rented as hotel rooms until they were leased as apartments, and the turnaround was usually just 48 hours.

“Make sure you understand the market and the businesses you’re getting into. There are a ton of moving parts and when things go sideways they go sideways quickly and get expensive.”

Van Noten noted that the approach that Minto took in that conversion worked so well that it will look at duplicating it.

Campus Suites president Henry Morton does most of his work in the United States but recently converted hotels in Montreal and Ottawa into off-campus student residences. He said the key considerations in his field are being within walking distance of campuses and having conversions completed in time to mesh with the start of the school year. You also need to give yourself enough time to account for problems that may crop up and to have enough money to pay for fixing those problems.

“Our goal is to build a community,” said Morton. “Once they’re in the building we want to keep them in the building, so we give them the opportunity to stay there and find things that are of interest to them.”

Amenities including gyms and lounges, as well as incorporating restaurants and other commercial and retail outlets, are the best way to do this. Montreal’s Parc Cité was completed in July 2014 and is fully rented for about $3.50 per square foot while Ottawa’s 1eleven is close to 100 per cent occupied after Campus Suites gave itself an extra year to help educate the market about what it was doing since off-campus, purpose-built student housing is still relatively new to the city. (1eleven top and ParcCite on the bottom of the image above).

“What you really need more than anything is some bona fides to say I’ve done this before and have at least a passing understanding of the issues and challenges at hand.”

Part two of the article will be published July 21, 2016.  It will describe successful conversions to retirement residences and self storage.