The two-building 6860 Century Avenue office complex in Mississauga has been sold by Crown Realty Partners to Frastell Associates Inc. in an off-market transaction for $21.75 million. 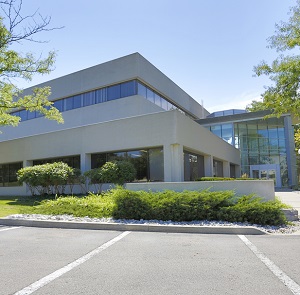 A two-building office complex at 6860 Century Road in Mississauga has been sold by Crown Realty Partners to Frastell Associates. (Image courtesy Crown Realty)

“We were approached by a buyer looking for stabilized, well-managed suburban office properties for potential acquisition, and 6860 Century Avenue proved to be an excellent fit for their requirement,” said Crown asset manager Lauryn Pittana.

“We had fully leased the property, completed value-add improvements, and the purchase price met the return criteria for our investors.”

The two three-storey buildings at 6860 Century Avenue are in the Meadowvale area of Mississauga, close to a ravine, walking trails and across the street from a Tim Hortons franchise. They were built in 1979 and are a combined 87,099 square feet.

“6860 Century Avenue was held in our CR III LP value-add fund,” said Pittana. “We purchased the asset in September 2014 and since then repositioned it through enhancing street presence, increasing the building’s efficiency and completing physical repairs.

“For example, we painted the building, added multi-tenant podium signage, completed a paving/parking lot expansion to increase the parking ratio, increased efficiency through an LED lighting retrofit, replaced the roofs, modernized the elevators and built out a number of model suites.

“All these efforts helped to lease up the building.”