CT REIT (CRT-UN-T) was described as “reliable, durable and growing” during its Q3 2018 earnings conference call by president and CEO Ken Silver. To continue that trend, Silver announced an in-sourcing of most of its property management, a half dozen new developments and an increase in its distributions beginning in January 2019. 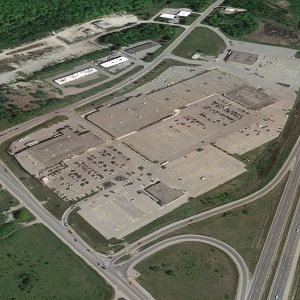 Included among the developments, expected to be worth about $72 million, is a new shopping centre in Fort St. John, B.C., and the redevelopment of the Orillia Square Mall in Central Ontario, where CT REIT has an empty former Target box.

“Our newly announced investments reflect our ability to identify opportunity and create value in what others in the market overlook or are unable to deliver,” Silver said.

The Fort St. John project will include creation of 154,000 square feet of space for a new, significantly larger Canadian Tire store, a Mark’s Work Wearhouse, Canadian Tire gas bar and additional retail. It’s expected to be completed in 2020.

“We were originally pointed to Fort St. John by the strong performance of the Canadian Tire banners in the trade area over a long period of time and the need for a much larger Canadian Tire store,” Silver said, noting the natural gas industry in the area is also going through a major development phase.

“We have had Fort St. John as a market on our radar screens at Canadian Tire for a number of years now,” he explained, but it has taken some time to acquire a suitable tract of land.

The Mark’s store currently located in Fort St. John’s Totem Mall (adjacent to the existing Canadian Tire site) will also be relocated. The Totem Mall, with about 40 stores and services, is located along the Alaska Highway.

“That will be the next phase of our planning for Totem Mall,” Silver said. “(Relocating the Mark’s store) will give us the ability to start activating the redevelopment of the entire mall. That will probably come in the next few years as well.”

Across the country in Ontario’s cottage region, CT’s other major project involves the Orillia Square Mall.

“Our redevelopment of Orillia Square Mall is another example of our ability to leverage our relationship with Canadian Tire and to backfill vacant space to create value in attractive secondary markets,” Silver said. “(Canadian Tire) banners traditionally perform well in secondary markets and the returns on our investments are attractive.”

The first phase involves moving and expanding the existing Canadian Tire store into the former Target site, as well as some common and vacant space in the 321,000-square-foot facility. This also involves moving some existing tenants within the mall.

Once that’s complete, CT REIT will work on backfilling the existing Canadian Tire location, which is expected to occur in 2020 when the first phase is complete.

The other projects announced by CT REIT involve three store and/or gas bar sites in Quebec, as well as in Atholville, N.B.

In Calgary, Canadian Tire’s move from its existing distribution centre to a larger adjacent facility (625,000 square feet) along the Dufferin St. industrial corridor is continuing. Efforts to lease the existing 201,000-square-foot building CT is vacating are ongoing.

“We have some positive momentum going, but we don’t have anything concrete at the moment,” said Kevin Salzberg, CT REIT’s senior vice-president, real estate.

CT REIT also updated two ongoing projects in Alberta: a new 120,000-square-foot store in Sherwood Park and a larger, 149,000-square-foot location in Grande Prairie. Both are slated for completion in Q2 2019, up to six months ahead of schedule.

This continued growth, and creation of ancillary retail space, led CT REIT to the decision to internalize most of its property management.

“Notwithstanding one of the lowest, most-efficient operating cost structures in the REIT sector, we’ve identified the opportunity to insource much of our third-party property management due to the growth of our multi-tenant portfolio through acquisitions and development,” Silver said.

“While the multi-tenant portfolio we will be managing directly is a relatively small component of our total portfolio, we do look forward to enhanced productivity at the property level and bottom-line benefits beginning in the second half of 2019.”

CFO Louis Forbes – taking part in his final earnings call before retiring, and handing the CFO reins to Lesley Gibson – said the REIT’s investment to complete this process is expected to be “less than $2 million.” The transition should be completed by Q2 2019.

“We view this as a natural step in the maturation of our business,” Silver said.

Since its IPO, CT REIT has added seven million square feet of space and expanded its portfolio from 26 multi-tenant properties to the current total of 56.

Also on the revenue front, Q3 net income was up 12.2 per cent compared to the same period in 2017, at $79,147,000. NOI was up 7.3 per cent, and as in the case of net income, a portion of the increase was due to investment activity completed in previous quarters.

The current quarterly distribution of $0.182 will increase by four per cent beginning in January 2019.

Looking ahead, Silver told shareholders to expect more of the same from CT REIT, including “a balanced program of growth in both urban and secondary markets.

“We still have lots of opportunity in working with Canadian Tire in both the ability to acquire existing properties from them, as well as to develop and meet their needs from a store network planning perspective.

“I don’t see anything that would be a radical shift in one direction or another from what we have been pursuing.”