Cushman & Wakefield, one of the oldest and largest global real estate services providers, has filed a preliminary prospectus to take the company public. 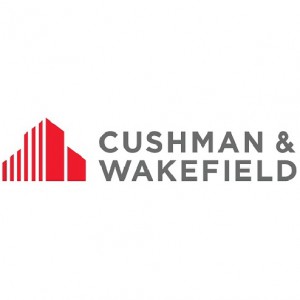 The prospectus filing with the U.S. Securities and Exchange Commission does not state the number of shares to be offered, nor the pricing. It was filed Wednesday.

Once the offering is completed, C&W plans to use the money to alleviate some of its debt load, which at the end of March sat at in excess of US$3 billion (the company lists assets of $5.9 billion in the filing).

The prospectus says C&W’s current parent DTZ Jersey Holdings Limited, a Jersey limited company, will be restructured into a public company which will be incorporated in England and Wales as Cushman and Wakefield plc. It bought C&W for a reported $2 billion in a merger completed in 2015.

In the prospectus, Cushman says three major investors are involved in its organizational structure, TPG Funds (49.63 per cent), PAG Asia Capital (37.33 per cent) and the Ontario Teachers’ Pension Plan Board (13.04 per cent).

In the filing, C&W says it is one of the three top real estate services providers in the world as measured by revenues and workforce. It is active in 70 countries, with 400 offices and about 48,000 employees, managing more than 3.5 billion square feet of commercial real estate for institutional, corporate and private clients.

It’s growth in recent years has been significant, expanding from 250 offices and 16,000 employees as recently as 2012, including the merger with DTZ.

Its lines of service are:

Cushman & Wakefield celebrated its 100th anniversary during 2017. It was formed in New York in October 1917 by brothers-in-law Clydesdale Cushman and Bernard Wakefield, according to the company’s posted history. They expanded the firm across the United States, and then internationally.

At various times during its history, C&W has been owned or controlled by RCA Corp. as well as Mitsubishi Estate Co. Ltd.