Daniels repeats as Tarion High-Rise Builder of the Year

A commitment to a buyer-first mentality has helped earn Toronto’s Daniels Corporation its second straight Tarion Homeowners’ Choice Award as Ontario’s High-Rise Builder of the Year. 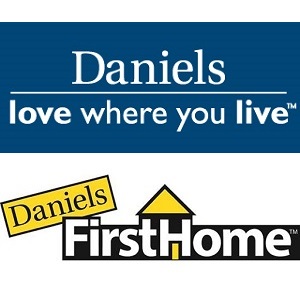 The Tarion award is special because, while the homebuilding industry has a number of associations and honours, Tarion relies on the actual experiences of purchasers in order to determine the winners. As the backer of Ontario’s homebuyer warranty program, it’s in a unique position to gather this data.

Finalists and recipients of the Homeowners’ Choice Awards are determined by a comprehensive survey sent by Tarion to Ontario homeowners who took possession of a new home during the past year.  The questions assess homeowner satisfaction with after-sales customer service.

Over the past few years, Daniels has done more than simply focus on building high-rise apartments. Haggart says the company’s goal is to facilitate growth in the communities where its buildings are constructed.

Areas such as Erin Mills in Mississauga, Sunny Meadow and Olivia Marie Gardens in Brampton, as well as Regent Park in downtown Toronto are all neighbourhoods in which Daniels has created a variety of high-rise, low-rise and mixed-use developments.

Its commitment to the people who live in Daniels buildings is illustrated in many ways. Haggart said that, as part of the City of Toronto’s approval process for new developments, builders are required to invest one per cent of the development value in public art.

In High Park, where Daniels built a 14-storey residence overlooking nearly 400 acres of parkland, it created a program which involved hiring artists who, in turn, were asked to provide mentorship to up-and-comers.

The company also employed a “source-local” strategy to fulfill the buildings’ art quotients, rather than hiring brand-name designers to fill lobbies with various furnishings.

“Too often, it’s easy for a developer to say, ‘You know what, city? I’m just going to write you a cheque.’ It goes off into a black hole and I have no idea what happens to those funds.”

Its latest projects are Mississauga’s Wesley Tower, Logan Residences in Toronto’s Leslieville and the DuEast Condominiums in Regent Park, all of which will be launching either in the late summer or in the fall.

Daniels prefers to consider itself as a community builder rather than a building developer. Through this philosophy, the firm maintains an emphasis on its core tenet of social responsibility. While doing so is costly from a business standpoint, Daniels finds ways to make it work.

Many of Daniels’ buildings are marketed toward entry-level home purchasers, with the goal of providing a positive experience that will turn them into life-long partners.

“Daniels has great experience with delivering market and, when government funds permit, affordable housing. There haven’t really been any funds since the mid-’90s, so one of the things that we did was create FirstHome,” said Haggart.

“Instead of going on sale Day One with plans and expensive sales offices trying to convince people to buy off-plan, we actually go and build the community. The trades love it because there are no change orders and our contract guys love it because there’s very efficient money we can bring to bear.”

Initiatives such as the Inner Circle program, a club which provides perks not available to the public, turns potential customers into recognizable members. Daniels then attempts to directly engage with them, rather than simply creating database entries, to build a relationship before any purchases are even made.

That relationship continues throughout the purchase process, and after the customers take possession of their homes.

“There are other builders who will say that it’s an expensive process and we’re spending a lot of money on teams. If somebody walks into a home and it’s full of deficiencies, how long are you going to spend trying to build back that trust?” said Haggart.

“Do things fall through the cracks? One hundred per cent they do, but we have an opportunity to make it right.

“We have a culture that wants to do the right thing.”

This willingness to invest extra time and money to benefit its customers has proven to be a successful strategy. The proof lies in the 8,500 responses Daniels’ clients made to the Tarion awards survey.