David Wilkes is only a few weeks into his new role as president and chief executive officer of the Building Industry and Land Development Association (BILD), but he likes what he’s seen so far. 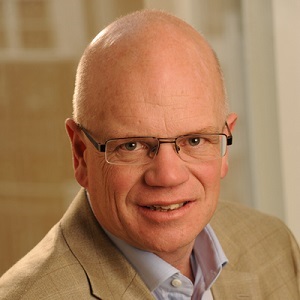 “I’m struck by the creativity and the ideas that are being brought forward and the pride that the folks in this office have, and the loyalty that they have to each other and the commitment they have to move the agenda forward on behalf of our members,” said Wilkes.

BILD has more than 1,450 member companies and acts as the voice of the home building, residential and non-residential land development, and professional renovation industry in the Greater Toronto Area. It hosts numerous industry events and educational seminars as well as three annual consumer home shows.

“There are a lot of similarities between the work that retailers do and the work that the building industry does,” said Wilkes. “They’re both at the end of the supply chain. They both have direct, day-to-day contact with the consumer or purchaser of the product.

“My experience has not necessarily been as a retailer or in the building industry, but more in the trade association world.”

Wilkes added that both the retail and building industries are strictly regulated, have high expectations from their customers and, in turn, have a responsibility to those customers.

Wilkes has more than 25 years of senior management experience and has provided strategic leadership for the retail industry as a spokesperson. He’s on the Ryerson School of Retail advisory board and the Ontario Curling Association board of directors. He previously served on a variety of industry boards and committees.

Why Wilkes was drawn to BILD

Wilkes was drawn to BILD because of the economic importance of the building industry and its contributions to society. He relishes the opportunity to lead an organization advocating for an industry that employs more than 197,000 people and brings $30 billion in investment value to the GTA.

“There’s a huge responsibility to ensure that the industry remains healthy and viable from an economic point of view,” said Wilkes.

“I feel a great sense of responsibility to continue the leadership that both Bryan Tuckey and, before that, Stephen Dupuis offered,” said Wilkes. “Hopefully, with my fresh set of eyes, I’ll be able to respond to the demands that I hear from members and staff.”

With an Ontario election coming up in June, followed by municipal elections around the province in October, one of Wilkes’ priorities is working with the OHBA to get the message out about how government policies and regulations impact the types of homes being built and the affordability of those homes.

“One of the biggest challenges is to work with governments to ensure that we have the appropriate framework for regulation and that we don’t price ourselves out of the market by overburdening fees associated with new development.

“We have to make sure that we work together to get the type of cities that we want and that they’re affordable for all.”