Dream Alternatives Trust is finally where it wants to be – ready to focus on its core assets while exploring new acquisition and development opportunities. 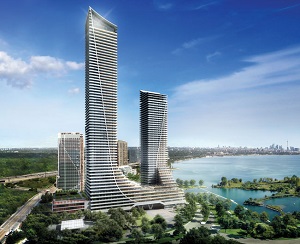 “We believe that the third quarter of 2017 marks the new beginning for Dream Alternatives, as we can now execute without the burden of certain assets and partnerships that we inherited from the predecessor funds,” said senior manager of investor relations Kim Lefever.

It’s managed by Toronto-based Dream Asset Management Corporation (DRM-T), which has $15 billion of assets under management in North America and Europe.

The trust took over management of a portfolio in July 2014 in which it already had a financial interest; Dream Office REIT (D-UN-T) co-owned several income properties with the predecessor funds. Its goal has been to exit assets that used cash rather than produced it and to sell assets where it had a limited ability to influence returns.

On that front it has been very busy — particularly recently.

The activity has allowed Dream Alternatives to achieve that goal, having now sold virtually all non-core legacy assets. It sold ownership interests in nine co-owned income properties in the Greater Toronto Area (GTA), British Columbia, Ottawa and Halifax for total gross proceeds of $139.1 million during the Q3 period.

In total, the trust has sold its interests in 14 non-core, co-owned income office properties for $281.6 million to date. The largest properties sold were West Metro Corporate Centre and Commerce West in the GTA, which were both acquired by Slate Office REIT (SOT-UN-T).

“We worked closely with our partner and the co-owner of the assets, Dream Office REIT, to transact on various portfolio sales that resulted in the best outcome for both entities,” said Lefever.

“Through our active repositioning, we have invested in development projects that would normally be unavailable to the average investor through our strong relationships and platform,” said Lefever. “We have also been the beneficiary of increasing land prices and strong demand for development projects, which we believe will benefit unitholders both in the near and long term.”

During the last quarter, Dream Alternatives acquired a 40 per cent ownership interest in a limited partnership in two properties at 25 Imperial St. and 374 Dupont St. in Toronto for $5.5 million. They’re currently income-producing and are expected to have attractive redevelopment potential in future years.

Dream Alternatives recently entered into a non-binding letter of intent to acquire an 18.75 per cent interest in the Frank Gehry-designed Mirvish project on King Street West in downtown Toronto being developed by Great Gulf. The site is slated to be redeveloped into two 80-plus-storey residential towers.

The trust also recently acquired a 40 per cent ownership interest in the Windmill Dream Zibi Master Limited Partnership for $33.2 million. The partnership intends to develop 37 acres in Ottawa and Gatineau as part of a multi-phase project that includes more than 2,000 residential units and more than one million square feet of commercial space.

Dream Alternatives is invested with Empire Communities in two developments: the 685-unit low-rise Lakeside project in Brampton, Ont., which is nearing completion; and a 1,285-unit Toronto high-rise called Eau Du Soleil that’s under construction and is expected to be completed in phases in late 2019 and the spring of 2020.

“In addition, the trust has invested in two condo projects in downtown Toronto, Axis Condos and IVY Condos, which are both 100 per cent sold to date and consist of 572 units and 253 units respectively,” said Lefever. “These projects are both in the pre-construction phase and have expected completion dates in 2020.”

Dream Alternatives has invested in a 5.3-acre site on Lake Shore Boulevard East in Toronto with Dream Unlimited and Great Gulf, which are acting as co-developers. The project is in the pre-development and planning stages, but Lefever is optimistic about its prospects since all three levels of government announced they would invest $1.25 billion in infrastructure in the area.

Google sister company Sidewalk Labs has also entered into an agreement with Waterfront Toronto to create a mixed-use community adjacent to the site that will focus on forward-thinking design and new digital technology.

“The master plan proposal for the site includes approximately 2,500 residential units as well as approximately 200,000 square feet of commercial development, inclusive of both retail and office uses,” said Lefever. “The proposal is subject to various approvals and construction is expected to commence in 2019.”