Dream to break ground at Calgary’s Providence in 2020

A massive Providence residential project in southwest Calgary is intended to pioneer a generation of new suburban communities in the city and usher in a new era of community development. 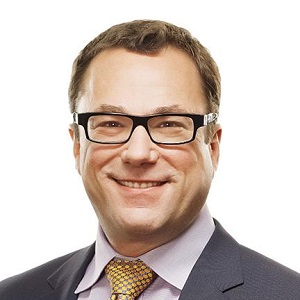 Real estate developer Dream (DRM-T) has 1,650 acres of land in the sprawling community which will eventually house more than 33,000 people.

Michael Cooper, president & chief responsible officer of Dream, told RENX one of the major benefits of the location is that the Ring Road, currently being built, is adjacent to the site.

“They’re expecting it to open in October of 2020 so that’s when the site is going to have the transportation available to it,” said Cooper. “That really makes it a success.”

“We bought the first 320 acres in 1997. . . . This land is absolutely beautiful land. You’ve got views of the mountains and the downtown. It’s within the City of Calgary. We’ve been accumulating land in this area and we hope to be active in it for a long, long time,” said Cooper.

“We just thought it was a very special area of the city that, if it weren’t for the (lack of a) Ring Road, might have  been developed 15 or 20 years ago.

Dream to start construction in spring

The site is located south of 146th Avenue S.W. and west of the future Southwest Ring Road.

“It’s been held up for development until all the details were done about the Ring Road. . . . We’ll start some basic construction by next spring. First we have to get the infrastructure in place. Homes would be next fall or the spring of 2020,” explained Cooper.

Occupancy would start in the fall of 2020.

Earlier this year, Calgary City Council approved infrastructure funding for the first 550 acres in Providence (400 acres of which is owned by Dream).

“This approval is significant as it will allow the first 140 acres of Dream’s lands to proceed to final approval of the Land Use and Outline Plan, which has otherwise been in review with the city. Development of these lands is now expected to commence in 2019,” the company said when it reported its Q2 financial results recently.

“These lands are expected to yield an estimated 1,250 single and multi-family residential units from commencement of development, over the next five years. Dream currently expects to build, construct and sell homes and multi-family properties on these lands in Providence.

“The approval also included certain reduced development expenses pertaining to major upfront infrastructure activities that will service the entire 550 acres that are expected to benefit the company positively from a capital perspective in the development stage.

“In addition to this, the approved infrastructure spending will partially service the remaining 250 acres that Dream owns and will accordingly assist in the continuation of development of all of the company’s lands in Providence East.”

The company said the 400 acres are expected to contain approximately 2,750 single and multi-family residential units and up to two million square feet of community retail and commercial (primarily light industrial) development in various forms.

Providence is eventually expected to become a community hub with a wide array of civic uses, a town square open space, and a pedestrian-focused community retail centre.

Dream is currently working through its land use and outline plan approval for the first 140 acres in the first servicing catchment in the northwest corner of the site. This stage is a total of 1,275 residential units, including 787 single-family and row homes. It anticipates approval of the application by the end of 2018 and will start construction in 2019.

“We do a number of things in Alberta. We do retail, office, industrial and the development of communities. We think office has been challenged, but the rest has been I would say surprisingly resilient,” said Cooper.

“We are very excited to commit to building up Providence and we think there’s lots of interest in it and it’s a great piece of land and we think we’re going to be very successful with it.

Cooper has an extensive track record in the real estate industry dating back to 1986. He helped found Dream Asset Management Corporation (formerly Dundee Realty Corp.) in 1996.

Dream is one of Canada’s leading real estate companies with approximately $14 billion of assets under management in North America and Europe.