Electronic commerce tools continue to transform how people shop and how goods are stored, marketed and shipped, while demand for logistics space has never been stronger in Metro Vancouver, experts say. 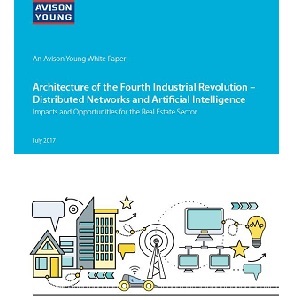 Emerging tech such as big data, automation and artificial intelligence are changing where we work and how we work, while also reformulating business models, said Amy Erixon, a principal and managing director, investments, with Avison Young.

The report aims to provide new insights and ideas for moving the commercial real estate business forward in this new digitized and dispersing world, Erixon said.

“These technologies — plus artificial intelligence — are the most important sea changes affecting investment and operational real estate decision-making today,” Erixon told RENX in an interview.

Investors need to gain a better grasp of the range and potential impact of these “technology disruptors,” she said.

Chris Carroll appears to understand what Erixon is talking about. He’s one of the disruptors.

Carroll is the vice-president of sales at Cymax, an e-commerce company based in Burnaby that launched in 2004 after founder Arash Fasihi became frustrated trying to find a tall TV stand in local stores.

The company has several revenue streams, including Cymax.com, which sells office furniture through a “drop-ship” format, meaning customers purchase the items through the Cymax online store, and the products are shipped directly to the consumer from the third-party maker.

“It’s a pure technology play,” Carroll said. “We are 100 per cent drop-ship. We don’t actually physically warehouse any furniture or products whatsoever.”

The staff of about 170 in Cymax’s Burnaby office is constantly being re-conceptualised and re-deployed.

“The average consumer notices how fast tech changes by their daily use,” Carrol said. “As a result, the businesses providing that tech have to change equally and quickly. That means having the ability to scale up, scale down, scale sideways. Technology is a weekly discussion.”

“Now we’ve automated a lot of that,” he said. “Even though we have similar staffing levels to what we had a year-and-a-half ago, the mix is very, very different.”

The team is now filled with high-skilled developers, data scientists and business analysts.

“We price about 300,000 SKUs per every half-an-hour to remain competitive,” he said, noting it’s done through an automated system. “That’s a quite a technology feat unto itself. . . . You can’t have a human changing 300,000 prices every half an hour.”

The ecommerce industry Cymax is part of is booming in Metro Vancouver, said Sean Ungemach, a senior vice-president with Cushman & Wakefield in Vancouver.

The emergence of business models like Cymax’s doesn’t mean the need for industrial space is dwindling. In fact, demand for large logistics centres has never been stronger in the region, Ungemach said.

Metro Vancouver’s industrial space vacancy rate is at a paltry 2.4 per cent, with extreme demand for large-footprint logistics centres near port facilities and major transit networks.

Trends south of the border suggest retail space is changing, not disappearing. Overall retail space in the U.S. has actually been expanding since 1995, Erixon said.

“I think there is likely to be a total increase in economic activity,” she said. “So even as the space requirements become more dispersed and more technologically sophisticated, they’ll also grow.”

Stores of the future

Massive online retailers such as Amazon and Alibaba rely on warehouses and enhanced logistics technology, including robots, smart picking systems and eventually drones to fuel that growth, Erixon said.

Meanwhile,Walmart’s enormous footprint allows the company to compete on cost and delivery time with Amazon and, alternatively, to offer local in-store pick-up, she said.

Stores will still exist in the future, but they’ll look and feel different.

“I think that stores are evolving into showrooms and service centres and places where you go to get tailoring done, or service on your sports gear, and expert advice on the electronics, like the Apple store,” Erixon said.

The demise of large department stores in Canada such as Target and Sears appear to be part of the revolutionary growing pains.