Two highly respected economists offered different views of the severity of the next recession and its impact on real estate, but they were in lock-step on one point: the current cycle has run its course, and some sort of economic turmoil looms. 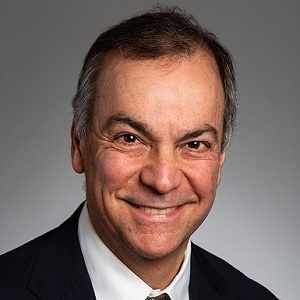 “Don’t be that person playing by the old rules. Play by the new rules. And the old rule was exactly a year ago when I stood here (at TREF 2017), which was the complacency in the marketplace,” said Rosenberg, chief economist and strategist for Gluskin Shelf and Associates (GS-T). “Almost for the first time in a century, last year everything rallied together.

“What is happening this year in the marketplace . . . that is sowing so much confusion . . . is a mean reversal to last year.”

Evidence points to a recession

He cited a long list of evidence supporting the onset of a recession.

“The bull market and everything was the old paradigm,” he said. “I find it amazing that so many people that I speak to who manage money for a living are still thinking to the bull market mentality, ’cuz it’s over.”

Tal, the deputy chief economist at CIBC Capital Markets, agreed to a point. While Rosenberg seemed to be hinting at a sharp correction, Tal was more optimistic, acknowledging the economy of today is not following traditional patterns.

“We are trying to normalize the abnormal. Let’s face it, nobody has a clue what is happening. We are all pretending,” Tal said. “What we are seeing now, politically and economically, simply does not make any sense.”

However, he believes both the U.S. Federal Bank and the Bank of Canada will react differently to weakening economic conditions than in the past. Central bank actions have worsened conditions in some previous recessions by ignoring the signs, or via their interest rate policies, he said.

Will not repeat “past mistakes”

Rosenberg cited a bond yield curve which has declined to near zero as one of the most certain signs of a recession. Tal, however, said how central banks react on the interest rate front will be vital.

Both economists agree there are different factors at play in the U.S. and Canadian economies from previous cycles.

Rosenberg said U.S. President Donald Trump’s stimulus to an already strong U.S. economy might be shortening the already extended bull run – which is at 113 consecutive months of expansion. That’s about twice as long as virtually any previous period of growth.

“Double peaks, with intermittent volatility to the extent we’ve had, signal one thing and one thing only and that is a transition from a bull market in risk assets, including equities and probably real estate, toward what will be a bear market.”

What are the signs? Among those on his list are: global stock market pullbacks in virtually all the world’s major markets, including China where the main index is down 30 per cent year-over-year; “quantitative tightening” of almost 550 basis points of monetary policy by the U.S. Federal Bank; and higher corporate debt to GDP, creating “the junkiest bond market of all time.”

He targeted the final two factors for special mention.

“We have never had that degree of monetary tightening, out of the world’s most important central bank, without it generating an outright recession. If the U.S. hits a recession, it is going to come here pretty quickly.”

On corporate debt, he said half of the investment grade quality bonds are issued by companies which now have BBB ratings, “which is one notch away from being downgraded to junk.”

That debt has grown from about $500 billion at the start of this cycle to about $6 trillion today.

“You are going to hear this term fallen angels over the next year, which is companies that have fallen to junk,” he explained. “When you get downgraded to junk, pension funds and insurance companies can’t buy your paper anymore.”

Combined with the fiscal policy tightening, that all means less liquidity.

“Liquidity, which is your best friend when things are good, is your worst enemy when things go the other way,” he said.

Tal said factors weighing down the Canadian economy include an extended period of very slow growth in exports, a long-term slump in oil prices, and most crucially corporate tax cuts in the U.S.

He said foreign investment is vital to growing the Canadian economy, but Trump’s tax cuts wiped out our previous advantage in that area.

Tal said he used to have a simple message for potential foreign investors: “The tax rate in Canada is lower than the taxes in the U.S. Invest in Canada. Have a good day.

Rising interest rates and government controls designed to protect homeowners from taking on too much personal debt are also impacting the housing market.

“For the first time, the five-year rate is higher than it was five years ago. So people are starting to pay more,” he said. “That will mean less disposable income for entertainment and other purchases.”

Tal said if the Bank of Canada continues to raise interest rates, perhaps as high as a “neutral” three per cent plateau, it’s taking a big risk.

Nothing “gradual” about B of C rate hikes

“Basically, you are confused. You have inflation, and you have growth. And growth is starting to slow down. If you are the Bank of Canada, do you really want to start raising interest rates aggressively at this point?”

He said there has been nothing “gradual” about the bank’s hikes so far.

“In fact, we are already more or less where we were in many other cycles. This is not a gradual increase. Yes, it started from a low base but it’s not gradual. It’s been rising very quickly.”

Those trends, leading into past recessions, have worsened the situation, he said.