Edmonton CRE investment tops $1B so far in 2017

Edmonton’s market is staging a recovery from the economic slump that plagued Alberta over the last two years according to a mid-2017 analysis of commercial real estate investment by Barclay Street Real Estate. 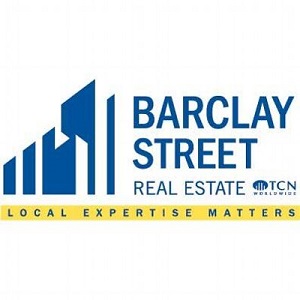 “I think there’s been a fairly dramatic sense of increased activity in the last nine months or so —increased activity, increased urgency of decision making. I think that maybe has surprised a number of people, including myself,” says Doug Grinde, Edmonton-based vice-president of Barclay Street.

“I think the market has digested what it had to from the drop in oil prices and the economy pullback and the change of government a couple years ago.”

Retail investment has been particularly strong with three sales valued at more than $30 million each. In the first six months, retail transactions over $1 million stood at $304 million. In 2016, full-year sales were $483 million.

Grinde says retail property investment has been quite strong, even through tough times.

“Properties have commanded very high prices. Compared to where they were selling before the economy slowed down there hasn’t been a dramatic decrease at all in prices. If anything it stayed steady or increased.”

Burgeoning development along the downtown 104th Avenue corridor, from the new Royal Alberta Museum to the Brewery District, has opened up opportunities, says Grinde. What will be interesting is whether those retail users are new to the market or moving from elsewhere in the city.

The office property market has been challenging throughout Alberta. Edmonton now faces a high vacancy rate downtown, in the 15 to 18 per cent range, with the development of new skyscrapers in the area around the new Rogers Place arena.

“Office is a big question mark at this point with a lot of the vacant spaces coming up,” says Grinde. “Some of the suburban offices have held up well. Some of the rates dropped off a little bit but not that dramatically, versus some of the downtown buildings.”

There has been plenty of office activity, including the sale of five properties (among them HSBC Bank Place, Enbridge Place and the HSBC Building) by Dream Office REIT. The sales were first reported in March, and details included in Dream’s Q1 report.

Industrial investments have experienced a “small lift” according to the Barclay report, showing year-over-year increases of 23 per cent. About 46 per cent of those sales were in the $1- to $3-million range.

ICI land investment showed a 35 per cent year-over-year increase, according to the Barclay report, coming in at $67 million.

But residential land sales of $43,060,300, compared to last year’s $126 million, showed a marked drop in activity and dollar volume. The report notes this was the only asset class to show a decrease year-over-year.

The land sale issue is a wait-and-see strategy on the part of developers who want to ensure they can get the price they need for their land, says Grinde.

“Status quo” for Edmonton in near future

Grinde says he doesn’t expect the trend to vary over the last half of 2017.

“I think we’re going to see status quo with an uptick,” says Grinde. “Barring a dramatic drop in oil prices, or NAFTA really goes off the rails, or something really impactful from outside the province, you’re going to continue to see a gradual uptick.”

That should continue in 2018, he says. “I think it will be interesting to see what happens, assuming oil stays where it is, as we approach the next provincial election,” in 2019.

Grinde says the change in government, from the long-running Progressive Conservative tenure to the New Democrats, had an impact on the real estate market. Some potential players stayed on the sidelines until they decided life hadn’t ended after the 2015 election.

“I think there’s maybe the attitude that there’s a limited time frame with the government now and the market has digested that. If that time frame isn’t limited, I think there’s going to be another wave of what we saw before . . . uncertainty.”

Barclay Street Real Estate is a commercial real estate brokerage and property management firm with offices in Calgary and Edmonton. The firm does quarterly and annual analysis reports on the market and trends.