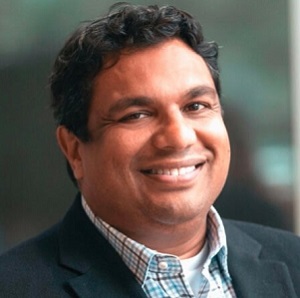 In 2016, Mayor Don Iveson spearheaded the Health City initiative, an effort to tackle the barriers which prevent innovative health technology entrepreneurs from staying and growing in Edmonton.

“How do we get together in terms of creative spaces, creative financing to help a homegrown company who is already supplying international markets and get them to scale?” asks Reg Joseph. CEO of Health City, an economic development organization devoted to the growing health tech sector in Edmonton. “It’s conceivable that we would have a very small company, say five individuals, that is actually providing solutions to global markets.

“So what are the commercial real estate needs for that kind of company?”

“What I’m hearing back from the small companies . . . is ‘commercial real estate space is not flexible enough for us. We need to get tied into long-term leases if we want to have a spot that’s attractive. We want that interaction — other organizations, support organizations, like intellectual property lawyers and financing — so we want to be in certain locations.’ ”

But how those fledgling companies get financed is not conducive to five-year leases in downtown buildings, says Joseph.

“There’s got to be models that enable commercial real estate folks to make their profits, while providing flexible space for these young companies growing up,” he says.

The preferred area for many of these fledgling firms is the downtown core’s loosely defined Innovation Corridor, an area adjacent to the new ICE District with a fairly high vacancy rate in slightly older high rises. Software, artificial intelligence and biotech innovators are beginning to move into the area, which includes the city-run incubator and accelerator facilities Startup Edmonton and TEC Edmonton.

One firm in the TEC Edmonton building produces bandages with advanced anti-microbial silver technology and sells into the global market. It needs to move out to grow but is having problems finding a location, says Joseph.

For firms willing to be outside the core in warehouse or manufacturing facilities, unconventional needs can be a barrier.

“Drugs, therapeutics and vaccines — those needs are quite high end in terms of clean room facilities,” says Joseph. But the companies may not be able to front the money to adapt space and landlords can be reluctant to make the investment.

New ground for some commercial landlords

Jeremy Deeks, associate vice-president at CBRE in Edmonton, agrees it is taking time for commercial landlords to adapt to unfamiliar and unpredictable health tech needs.

“Your traditional office landlord or even industrial lab, they want a five- to 10-year lease. Companies don’t want to commit to that. They don’t know how fast they’re going to grow, or outgrow, their space or what their needs are going to be in two or three years.”

Both the real estate and health tech companies have some work to do, says Deeks, but he has seen a shift in the last six months as the biotech, health tech and artificial intelligence sectors ramp up.

“There’s an education process on both sides. These (health technology entrepreneurs) have never done real estate and leasing deals so they don’t understand it. Sometimes they think these landlords are just trying to be bullies.”

Deeks says Edmonton is starting to see some diversification away from the slumping oil and gas sector. The downtown has absorbed 300,000 sq ft. of vacant space so far this year he says, in technology, artificial intelligence, and public sector offices.

Salu Design Group, which is on the verge of taking its Health Gauge advanced biometric sensor and analysis technology to market, is happy with its relationship with Strategic Group, its landlord in the old CN Tower in the downtown core.

“Strategic Group has a vision for businesses like ours and I think that’s why they’ve been very accommodating for us, and affordable,” says Salu CEO Randy Duguay.

Salu has eight employees, will likely ramp up to 12 by the end of the year and continue growing, he says. It has 2,500 squ. ft. of fairly open space in the building which it shares with a companion company. Strategic has been open to configuring the space in whatever form Salu requires as it prepares for commercialization of its health monitoring system.

Being in proximity to other health tech and artificial intelligence companies is key to new firms which need a community of expertise, particularly for younger entrepreneurs needing commercialization and management mentoring.

“Tech workers tend to attract (each other) and when there’s a buzz and an energy and this kind of dynamic at work it attracts investors and other investment,” he says.

Even for companies with adequate financing which aren’t as specific in their location needs, the nature of some research can put off landlords.

Svetlana Sapelnikova, vice president, business development strategy for KMT Hepatech, says her firm has run up against issues trying to find real estate for its future growth. KMT Hepatech, which has developed a mouse with a humanized liver for medical research, grew out of the University of Alberta.

“Although we were ready to invest in building our facility up to the necessary requirements, we figured out that real estate was not really available if you are planning to do animal work. Once landlords hear that we have mice which we have to keep in our facility, they immediately back up from their offering.

“If you want to diversify your economy, real estate as a whole should try to think beyond the needs of people who just need computers on a desk, and try to put some faith in companies that are looking for space.”

“We believe they are planning their global growth in North America based on our Edmonton facility. They have a business development office in New York and a lab and animal facility in Japan in Hiroshima.”

KMT Hepatech has turned its attention to a facility in the Edmonton Research Park on the south edge of the city. But even there the company has hit a delay. While the company has established its animal facility in the basement of the Biotechnology Business Development Centre (BBDC), its plan to move its biochemistry lab from the University of Alberta district to the BBDC has been put on hold due to a leaky roof at the 52,000 sq. ft building.

Edmonton Research Park Manager Rajesh Jaiswal says it should be fixed by late fall or winter: “We are going to fully support KMT Hepatech,” he says.

The BBDC building is owned by the province of Alberta and managed by Economic Development Edmonton. Jaiswal says the building, vacated by its primary tenant at the end of 2016, is about 30 per cent leased and EEDC is trying to convert it to a multi-tenant configuration. The plan is to offer lease spaces of $27 per squ. ft., with additional fees for specialized needs requiring higher utility costs. Other research space in the city runs in the $36 per squ. ft. range, says Jaiswal.

Jaiswal says he has heard from about 22 companies wanting space.

The research park also has two city-owned buildings for tech firms in early growth stages, including the Advanced Technology Centre which is usually fully occupied, Jaiswal says. There is also a bay-style city owned building called Research Centre One, as well as privately owned buildings.

The research park is also offering a deal on vacant sites to attract biotech firms which want to build. They can have the land for $1 per year for 10 years before buying the property.