Agellan Commercial REIT  (ACR-UN-T) has entered into an agreement to be acquired by an affiliate...

Agellan Commercial REIT  (ACR-UN-T) has entered into an agreement to be acquired by an affiliate of its largest shareholder El-Ad Group, Ltd., in a transaction which values Agellan at about $680 million. 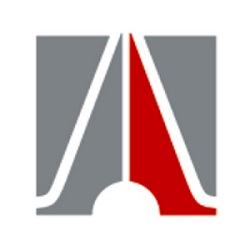 Elad Genesis Limited Partnership would pay $14.25 in cash per share for units it does not already hold — meaning an outlay of about $400 million, Elad says. The $680-million valuation also includes assumption of the REIT’s net debt.

“The transaction is an important strategic step for Elad Canada, which will solidify its operations in the income-producing properties segment and will generate significant additional cash flow,” said Elad Canada CEO Rafael Lazer in a release.

El-Ad affiliates bought about 3.7 million shares of Agellan in 2016 and are now its largest shareholder with 18.4 per cent of its outstanding units.

“The special committee of independent trustees and our board of trustees have unanimously concluded that this transaction is in the best interests of the REIT and its unitholders,” said Glen Ladouceur, chair of Agellan’s board of trustees, in a prepared statement. “We are pleased that this transaction provides significant value and liquidity to unitholders.”

The $14.25 per-share price represents a premium of approximately 10 per cent to Agellan’s 20-day volume-weighted average price on the TSX for the period ending Nov. 13. Agellan shares were trading at about $14.26 Wednesday afternoon, up from their Tuesday close of $13.58.

The transaction follows a strategic review announced in September, following the sale of its Parkway Place property in Toronto. The 860,000-square-foot office and mixed-use complex sold for $256 million to Asian investor Tigra Vista Inc.

As part of the review, the REIT and its advisors contacted approximately 100 potential financial and strategic purchasers, according to a release issued by Agellan.

A special committee comprised of independent Agellan trustees, as well as Agellan’s board, have unanimously recommended approval of the transaction. The committee is comprised of Ladouceur, Renzo Barazzuol, Dayna Gibbs and Aida Tammer.

Sandpiper Group affiliates, which hold approximately 12.7 per cent of the trust, have agreed to vote in favour of the transaction, along with trustees and officers of the REIT who hold 5.1 per cent of the shares.

Rafael Lazer, chief executive officer of Elad Canada Inc., an affiliate of El-Ad, serves as a trustee of the REIT. As such, the acquisition is considered a “business combination” subject to provisions to protect the interests of minority shareholders.

Lazer recused himself from consideration of and voting on the transaction, Agellan says.

Desjardins Securities was retained by the special committee as independent financial advisor and to prepare a formal valuation. Desjardins found that, as of Nov. 13, the fair market share value was between $14.25 and $16.25, Agellan says.

The transaction requires the approval of two-thirds of shareholders, as well as a majority of votes cast by “disinterested unitholders.” It is also subject to approval of the Ontario Superior Court of Justice and the satisfaction of other customary closing conditions.

If all approvals are granted, the acquisition is expected to be complete by February 2019.

The announcement came on the same day Agellan reported its Q3 2018 earnings, which showed a dip in quarterly revenues due to divestments and a “temporary” decline in vacancy at one of its large office holdings in Naperville, Ill.

“As expected, the REIT’s financial results were affected by the timing of recent office dispositions, namely Parkway Place in Toronto, Ontario and the Linville building in Charlotte, North Carolina, and the ultimate redeployment of proceeds,” said Agellan CFO Daniel Millett.

One significant improvement was Agellan’s debt to gross book value, which dropped from 47 per cent on Jan. 1 to 32 per cent.

Industrial acquisitions of a 118,500-square-foot property in Austin, Texas, and a 50 per cent share of a 1.9-million-square-foot distribution centre outside Atlanta will add new revenues beginning in Q4.

Millett also reported significant leasing activity at a couple of its larger office sites. In particular, the Naperville property has leasing agreements for 170,000 square feet of vacant space.

“Once this additional leasing takes effect, the expected occupancy at the REIT’s Naperville office property will be 95 per cent and the property is expected to have a weighted average lease term of 7.6 years,” Millett said.

While Agellan’s management was willing to discuss the Q3 results, they were not commenting on the pending acquisition. Participants were told there would be no further details released beyond what was issued in the morning statement.

New York-based El-Ad is part of the Tshuva Group of Companies, one of the largest companies in Israel. It employs more than 5,000 people, both directly and indirectly through its subsidiaries, and has access to capital markets in Israel, Europe, North America and Asia.

Through ELAD Canada, Inc., it is actively involved in residential and commercial development in Montreal, Toronto and Ottawa. As the country’s largest private real estate company, ELAD Canada, Inc. maintains a large and diverse asset base, with 20,000 apartment rental units, and eight million square feet of commercial space and strip malls.

In Toronto, ELAD’s nearly complete Emerald City includes approximately 3,000 units and a large community centre. The soon-to-launch Galleria on the Park will include a community hub, seven-acre park, approximately 2,900 residential units and 300,000 square feet of retail.