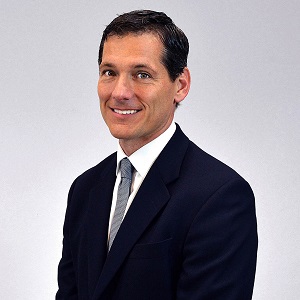 “With Tom’s background in public equities and real estate, and my background in real estate and capital markets work and European focus, we decided to create and co-sponsor a vehicle looking at European commercial real estate,” says London, England-based Burns, the CEO of the REIT formed to aggregate assets in European markets.

“We thought it would be best to be in a REIT context. Canada has a very mature REIT framework.”

“If you have the ability to do incremental real estate analysis coupled with bond-like credit analysis of your tenants, we believe that you can buy these at a discount for a higher yield versus non prime core assets that probably have limited, if any, incremental risk,” said Burns.

“In Europe today you have a very attractive financing environment where, on a like-to-like basis, we can buy better assets for better prices than in other places like the U.S. or Canada.”

European Commercial REIT’s qualifying transaction was the purchase of a property in the heart of Düsseldorf, Germany’s seventh most populous city, at Bismarckstraße 101. Its acquisition from Luxembourg-based Kilrush S.à r.l was completed in January.

The 56,650-square-foot property, which also includes 20 underground parking spaces, was built in 1969 and refurbished in 2001. It’s more than 99 per cent occupied, primarily by medical tenants and a medical insurance company.

“It’s about income, but you can also have some embedded value creation,” said Burns, who added Düsseldorf’s main railway station is located 50 metres away and is undergoing a major regeneration that will make his property more attractive to tenants in the future.

European Commercial REIT closed on its second acquisition last week. It purchased a 172,838-square-foot office property in the greater Munich metropolitan area for approximately $45.2 million from an arm’s-length party.

The property includes two building complexes, ranging from three to four storeys, which were built between 2002 and 2012. It has 107 internal and 118 external parking spaces and is served by a comprehensive road and public transportation network.

It’s completely leased to a subsidiary of major German power company E.ON SE, with a portion being sublet to a large automobile parts manufacturer. The lease has a weighted average term of 8.3 years.

While Maple Knoll is the external manager of the REIT, property management will be outsourced as Burns believes it allows for more flexibility if changes need to be made.

The REIT’s name is an obvious indicator of its focus, which encompasses office, retail, light industrial and logistics properties.

“The majority of our pipeline is currently office,” said Burns. “We are looking beyond office but need to stick to our strategy. For example, we don’t want to buy big-box retail with four anchors and 100 small tenants and have massive asset management requirements.”

European Commercial Real Estate Limited completed its prospectus offering for gross proceeds of $30 million on May 3. It was underwritten by a syndicate of underwriters led by CIBC Capital Markets.

The underwriters were granted an over-allotment option, which can be exercised up to 30 days following the closing of the offering, to purchase up to an additional 900,000 units. If exercised in full, it would increase the total gross proceeds of the offering to $34.5 million.

The net proceeds of the over-allotment option, if exercised, will be used by European Commercial REIT for future acquisitions, investments in properties and general trust purposes.

“All of the investors that have come in and supported us understand the story and know that we’re distribution-led, but we have embedded value creation that we try and look for as well,” said Burns.

Burns formed Maple Knoll four years ago after previously serving as CEO of Corestate Capital and managing director at Terra Firma Capital Partners. He also worked for Goldman Sachs and was a corporate attorney at Skadden, Arps, Slate, Meagher & Flom.

Maple Knoll is very active in seeking out a variety of European real estate opportunities, and Burns said it will let European Commercial REIT have a first look at all of them.

“Even if it doesn’t fit within the EC REIT’s strategy, we’ll show the REIT everything because we don’t want investors to be worried about us cherry-picking.”

All of European Commercial REIT’s board and management team members have invested in the REIT. The board members have further shown their commitment by agreeing to waive their fees until the REIT has acquired €250 million worth of assets.

“We just believe that we have the best-in-class team and board, on-the-ground expertise and a very interesting niche,” said Burns.

“Everybody who I like to believe had the confidence, foresight and progressive thinking to come and join us now will be incredibly well-rewarded because we’re going to grow very, very rapidly.”