In the U.S., activist investors are increasingly taking aim at REITs, pressuring them to dispose of assets to boost unit values, dump management or even sell everything and close up shop. 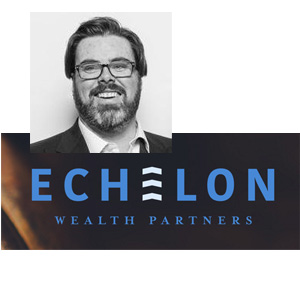 While Canadian REITs find themselves facing most of the same underlying issues as their American corporate cousins, don’t expect a similar wave of activists demanding change or else here.

“There isn’t a lot of private equity in Canada, certainly of any scale to do that, and Canadians are too nice,” said Rob Sutherland, a real estate analyst with Echelon Wealth Partners Inc.

“I think the closest you would have to being an activist in Canada would be KingSett and they did that with InnVest already and they got what they wanted out of that.”

Last month it was announced that InnVest REIT (INN.UN-T) would be acquired by Canadian company Blue sky Hotels and Resorts Inc., which is backed by Hong Kong investors.

Although Sutherland does not see activists storming REIT boardrooms anytime soon, he is seeing signs that trusts are feeling the pressure to shrink portfolios.

“Anytime you are trading under your intrinsic value for a long time without a way to get back you are really saying that you are better off selling off all the properties and giving the money back to the unitholders.”

Shrinking, rather than growing, is a tough mental challenge for REIT executives, however.

“There are so many REITs out there that look at acquisitions but they don’t look at dispositions, and the only way to make money in real estate over a long period of time is to trade real estate. You can’t hold real estate forever and expect to get any return other than your (rental) income return.”

The Toronto-based analyst is seeing some signs that the message is sinking in.

The latest example? The news this week Dream Office REIT is to sell half of its stake in Toronto’s Scotia Plaza.

“They are saying, `Okay, we have done this before, we are trading incredibly low compared to our actual intrinsic value. What we are going to do is sell a whole bunch of real estate and crystallize that gain that is the differential between what we are being valued at as a portfolio and what those buildings are worth individually.’

“That is why they are going out and selling a chunk of Scotia Plaza and a bunch of buildings elsewhere throughout Canada.”

Similarly, this week InterRent REIT announced the sale of $32.1 million worth of southern Ontario properties. Along with earlier sales, the multi-residential REIT has sold 876 suites in “non-core markets” in 2016 and added 545 suites in the markets of Montreal and Ottawa.

“InterRent is doing the same thing (as Dream). They have created as much value as they feel they can really create, and crystallize that gain and go out and buy something else,” he said.

For other would-be property sellers, observers should look to public real estate companies trading “at a huge discount,” he said.

“Dream, they are actually doing something about it, but they were probably ripe for an activist coming in.”

Others include Mainstreet Equity Corp., which was the target of U.S.-based short sellers (activism by another name) and Extendicare Inc.

Add Brookfield Canada Office Properties to the list. “I’m really surprised that Brookfield Property Partners hasn’t come in as its own activist and said, `Let’s take this back we own 83% of it, let’s take the other 17% back and go do something else with that real estate.’ It is massively undervalued as a publicly traded” entity.

“There are still a fair number that are trading in and around the 20% plus discount: Melcor, H&R, Granite, Artis, Agellan, WPT.”