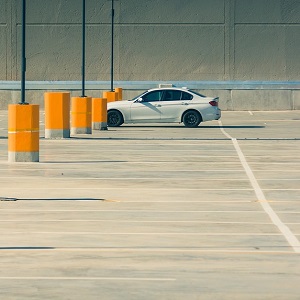 “Tenants are still asking for the things they’ve always asked for,” said moderator Natalie Vukovich, a partner at Daoust Vukovich LLP, a law firm in the field of commercial leasing and property management.

“They insist that they have a ridiculous amount of parking, and they can’t grasp the possibility that their customers may not need to park.”

Vukovich, one of five members of a panel at the Metro Toronto Convention Centre, which included no developers nor real estate company representatives, cited a study that showed the average vehicle is parked 97 per cent of the time.

General Motors Canada head of open innovation Ted Graham, who’s involved with developing connected vehicles and self-driving cars, mentioned another study in which a majority of 16-year-olds said they would rather give up their driver’s licence than Wi-Fi.

Attitudes toward cars are changing

Attitudes toward cars seem to be changing among young people, many of whom use car-sharing services such as Enterprise CarShare and Zipcar, or location-based applications like Uber to hire on-demand private drivers. They don’t all share the same desire to own a car that past generations did.

These are also the same people who are embracing online shopping, which is reducing both foot and vehicular traffic at some shopping centres. Many of these under-performing malls now have large parking lots with many empty spaces that could be intensified through turning over the land to revenue-producing residential or office developments.

“They’re not sure if they’re necessary and they’re looking ahead 10 to 20 years.”

Issues with suburbs and mid-rise buildings

Some of these shopping centres are located in “quasi-urban settings” with access to public transit, according to Vukovich. Others are in the suburbs, where Partisans co-founder and architect Alex Josephson said there are both problems and opportunities for fresh thinking.

“The suburbs are unsustainable from a commuting perspective, a real estate management perspective and an infrastructure perspective. It’s a real issue.”

Josephson said municipalities and planners are gradually coming around by reducing parking covenants by about 10 per cent in Toronto. He thinks an 80 per cent reduction would be more appropriate, however.

“It makes mid-rise buildings impossible financially,” he said. “If you have to build that building in this context, you can’t get enough density to make it nice because of the parking requirements.”

There are also underutilized underground and surface parking lots in downtown cores.

HonkMobile founder and chief executive officer Michael Back has created an app to help users search for, find and pay for parking in such spaces. It also enables real estate owners to maximize parking revenues and increase capacity utilization.

“I think that the problem with parking today is that, for the most part, we don’t know where these underutilized spaces exist,” said Back. “For a consumer, parking is a convenience purchase or a price-driven purchase. It’s really not a brand-driven purchase.

“There’s no loyalty to a parking spot or to a location. If you’re coming to the convention centre, you either park beneath here because it’s close or you park a couple of blocks away because it was cheap. Those are your two determining factors.

“With respect to the underutilized inventory, there needs to be a mechanism to bring it up to the marketplace and to make it available. Then there can be strategies to drive traffic to them.”

John Williams, a senior partner with the J.C. Williams Group retail and marketing consulting firm, said he wouldn’t build expensive underground parking 20 or 30 years from now. He said he’d focus on parking decks that could be torn down when they’re no longer needed and replaced with more profitable structures.

New models for charging for parking

Josephson pointed out spaces in parking lots are usually priced in 30- and 60-minute increments. He thinks there could be different ways of charging self-driving vehicles that might have different parking patterns than what we see today.

“If you can charge 50 cents for five minutes, multiply that out over a day and you start to see different numbers if you do that. It would probably start to justify better technology for those parking garages.

“An autonomous vehicle may only need to park for five minutes, or 30 seconds, or three hours. The metrics by which a developer calculates its revenue start to change and my guess is that there are probably ways to make more money in the shared vehicle environment.”