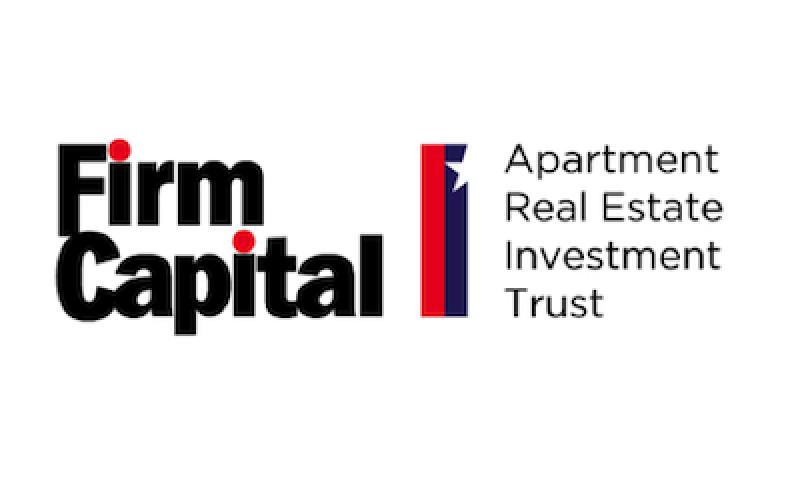 Management of Firm Capital Apartment REIT (FCA-U-V) has initiated a strategic review to explore alternatives as the trust deals with a discounted unit price and an inability to raise capital to fund its growth plans.

The announcement, contained in Firm Capital’s Q3 2022 financial release this week, also announces a suspension of its distributions pending the outcome of the review.

“As outlined in the trust’s Aug. 18, 2022 press release, the current macro environment of rapidly increasing interest rates and persistent inflation is presenting a challenging investing environment,” the announcement states.

“Particularly, capitalization rates on apartment buildings are below the cost of five- and 10-year mortgage debt, resulting in a negative investing spread for the first time in many years.”

Firm Capital had been trading recently at a discount of 46 per cent to its NAV “and has been so for many years” the release states.

The stock’s 52-week high was $7.39 (all figures in US dollars) and its low was $4.25, where it opened Thursday on the TSX Venture exchange. Prior to the announcement, it was trading in the low $4.60 range.

The continued discount has been impairing REIT management from accessing additional capital.

The review will be overseen by a committee of trustees comprised of Geoffrey Blendin, Eli Dadouch, Valentina Kalyk, Pat DiCapo and Sandy Poklar.

Options to be explored by the REIT

Formed in 2015, Firm Capital Apartment REIT is focused on the rental apartment sector in the U.S. and owns interests in a portfolio of 89 properties in seven states, comprising 1,846 apartment units.

In the announcement, management lists four options it is considering, including liquidation or exiting the business model. They are:

As the review proceeds, the board will continue to assess the situation on a quarterly basis to determine if the REIT should:

The board has also stated there will be no further comments on the process until it is complete, or as required by law.

On the financial front, Firm Capital Apartment REIT reported a net loss of $1.4 million in Q3, for a total net loss so far this year of $12.1 million. During the same period in 2021, it reported a net income of $0.4 million.

Excluding non-cash, fair-value adjustments, net income was $0.4 million for the quarter, compared to $0.8 million in Q2 and $0.6 million year-over-year. On the same basis, net income was $1.7 million so far in 2022, almost identical to the same period in 2021.

Firm Capital is a Toronto-based company established in 1988.

It has approximately $5 billion in mortgage and real estate related assets under management.