First Capital Realty (FCR-T) has closed on the sale of 24 income and development properties in two separate transactions valued at $364 million. The bulk of the transactions involve 18 properties held in a joint venture with Main and Main Urban Realty. 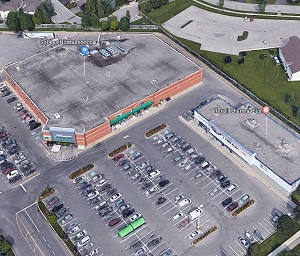 The Stoneybrook Plaza is part of First Capital’s London, Ont., portfolio. The 55,314 square foot site is anchored by Sobey’s, Rexall and a bank. (Google Maps image)

The other sale involves a 50.5 per cent transfer of a non-managing interest in six London, Ont., retail properties to a “major institutional investor.”

First Capital’s share of proceeds from the transactions is $178 million.

“We are very pleased with the successful execution of these transactions, which enable First Capital to reduce debt and to recycle capital into our major retail properties and intensification projects within our target nodes in core urban markets,” said Jordan Robins, executive vice-president and COO, in a release Thursday morning.

“We are also happy to expand our existing partnership with a major institutional investor through their investment in our London portfolio.”

The buyers were not disclosed.

First Capital closed the sale of the Main and Main joint venture properties on March 27 for $298 million — or approximately $112 million at First Capital’s interest. After debt repayment, First Capital will realize $99 million from the sale, it said.

First Capital and Main and Main continue to hold other properties together which were not included in the transaction.

The company owns properties in B.C., Alberta, Ontario and Quebec according to its website.