The commercial real estate sector in Canada remains awash in capital and heading toward a possible record-breaking year as a growing number of investors continue to buy assets. 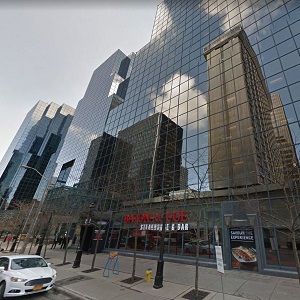 According to Avison Young’s Fall 2017 North America and Europe Commercial Real Estate Investment Review, released Tuesday, investment in the Canadian commercial real estate sector is buoyed by a relatively healthy economy that is the envy of the G7 countries and a commercial property market that continues to see varying, but largely healthy, fundamentals across the country’s regions and asset classes.

Following a record $28.4 billion in commercial real estate investment sales in 2016, Canada’s six major markets had first-half 2017 sales of almost $19 billion – up $4.3 billion, or 29 per cent, compared with the first half of 2016. The report said investors coveted office and retail assets, which combined for more than $10 billion in trades, or 55 per cent of the first-half investment tally.

Vancouver and Toronto accounted for 75 per cent of total investment.

“There’s been a continuous pent-up of demand to place money. A lot of the buyers have stockpiled a war chest of cash that they want to deploy and each year brings another round of investment, perhaps in a fund or just leftover money that wasn’t deployed in the prior year,” he said.

“Given our finite investable universe – we’re a very small commercial real estate market – this year was a surprise because we put out almost $19 billion in the first six months and we’re off to an amazing second half. So we could very well match and exceed (last year).”

Argeropoulos said there are good commercial real estate fundamentals in Canada with the market supported by a very healthy economy.

“Although investors are being more picky in what they pursue, I think any sort of sizeable asset that comes on the market is highly contested, not only by the domestic players but also by foreign investment. You probably hear this over-used term: a safe pair of hands to place your money for the longer-term,” he said.

“The commercial real estate sector remains awash in capital; and despite varying global economic, political and property market conditions, including the ongoing interest-rate scenario, there is no better place to put your money than in hard assets,” Mark Rose, chair and CEO of Avison Young, said in a news release.

“In short, real estate has established itself as a real alternative asset class to stocks and bonds.”