Former PIRET CEO Kevan Gorrie to take over at Granite

With his work at PIRET complete, Kevan Gorrie is moving on to a new challenge as chief executive officer of Granite REIT (GRT.UN-T), the trust has announced. 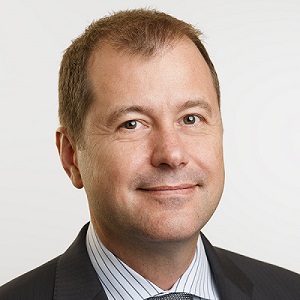 Kevan Gorrie will become the CEO of Granite REIT.

Gorrie, who led the way as Pure Industrial Real Estate Trust grew into one of the most aggressive and rapidly growing entities in the sector, will take the rains of Granite on Aug. 1. He will replace retiring Granite CEO Michael Forsayeth, who had previously announced his intention to step down after seven years with the REIT.

“The board unanimously selected Kevan, a proven leader and real estate professional, who brings a broad range of experience in both Canada and the United States in all aspects of the industrial asset class, including strategy, capital allocation, asset management, acquisitions, dispositions and development,” said Granite’s chairman of the board Kelly Marshall in a release.

“His extensive experience in industrial real estate, including logistics and e-commerce applications makes him a great fit for Granite.”

Gorrie has more than 20 years of experience in commercial real estate, and during his tenure with PIRET, raised hundreds of millions in equity as the trust expanded its portfolio to more than 170 properties and more than 25 million square feet across Canada and the United States.

PIRET was recently sold to Blackstone Property Partners (BX-N) and Ivanhoé Cambridge and taken private in a $3.8-billion deal which closed late in May.

“I would like to thank Kelly and the board of trustees for providing me with this unique opportunity. Granite possesses enormous prospects for growth and the potential to become a leader in the industry,” Gorrie said in the release. “I look forward to working with the management team and the board on the next exciting phase of our evolution.”

Gorrie walks into a REIT undergoing a strategic transition. Long associated mainly with Magna International industries and property, Granite is diversifying its holdings and is in the midst of a major portfolio repositioning.

“Kevan’s appointment will mark the next chapter in Granite’s strategic plan.”

Forsayeth has been with Granite since August 2011, starting as its chief financial officer before moving into the CEO position.

“We thank Mike for his strong leadership over the last seven years,” Marshall said in the release, “and we are grateful for the significant contributions he has made towards Granite’s success and for positioning it for future growth and diversification under new leadership.”

Granite is a Toronto-based REIT engaged in the acquisition, development, ownership and management of predominantly industrial, warehouse and logistics properties in North America and Europe.