Fronsac REIT (FRO-UN-X) had a busy two months in August and September, acquiring a grocery store,... 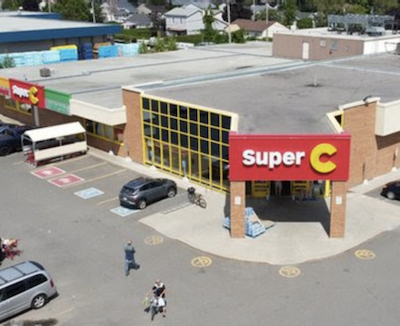 Fronsac REIT (FRO-UN-X) had a busy two months in August and September, acquiring a grocery store, adding a joint venture restaurant partner, and buying interests in three other Quebec properties. The REIT also plans to close on two additional buildings in Drummondville, Que., before the end of the year.

In total, Fronsac expects to invest more than $13 million in the transactions and its planned redevelopments of several of the sites.

The largest transaction involves a two-building portfolio on St-Joseph Boulevard in Drummondville, about an hour east of Montreal. Fronsac is purchasing a 50 per cent interest in the buildings.

The first is occupied by two quick-service restaurants, but Fronsac plans to reposition the property during 2021. The second building is a standalone restaurant which will be demolished and replaced by a standalone Benny&Co. restaurant, with construction starting later this year.

Total costs for this property and project are estimated at $4.8 million.

Benny&Co. is a new joint venture partner with Fronsac on the Drummondville redevelopment, as well as the redevelopment of a property on Sherbrooke Street in Magog.

The existing building at this site will also be demolished and replaced by a standalone Benny&Co. restaurant.

Fronsac estimates costs for this project at $1.5 million, which construction set to begin in Q2 2021. Odacité Immobilier is also a partner in the Drummondville and Magog redevelopments.

The projects will expand on a three-year relationship between Fronsac and Benny&Co. The REIT has purchased several Benny&Co. sites during the past three years, including in Ste-Sophie, Cap Rouge, Mercier, Lachute and Valleyfield.

“We believe that we found in Fronsac a strong partner and are thrilled about the many projects ahead,” said Yves Benny, vice-president of market development at Benny&Co, in the announcement.

The 60-year-old chain is the largest family-run rotisserie in Quebec, specializing in slow-roasted chicken. The network is slated to reach more than 64 restaurants in Quebec and Ontario by the end of 2021.

In a separate but related transaction, Fronsac bought a 50 per cent interest in an Esso-bannered service station, with a Boni-Soir convenience store.

The property is located adjacent to the restaurant property in Magog. Fronsac paid $1.05 million for the property and the deal was settled in cash.

Elsewhere, Fronsac will acquire a grocery store property, operated under the Super C banner,  on the main street in Lavaltrie. The $3.5-million transaction is slated to close by the end of October and will be settled in cash.

Fronsac is also buying a 50 per cent interest in a property on St-Charles Street West in Longueuil. A Petro-Canada service station will be built on the land. Total costs are expected to be approximately $2.3 million, with completion expected in Q1 2021.

The REIT has continued its growth through 2020 despite the pandemic, thanks to what CEO Jason Parravano told RENX in a recent interview is a largely “pandemic-resistant” portfolio.

Based in Montreal, Fronsac REIT acquires and owns triple-net and management-free commercial real estate properties in Quebec, Ontario and the Atlantic provinces.

The bulk of its 64 assets (valued at $169 million) are located in Quebec, and comprise mainly fast food, convenience and gas stations, as well as grocery and pharmacy-anchored sites.

Fronsac has built a ‘pandemic-resistant’ portfolio