March came in like a lion for Fronsac Real Estate Investment Trust, and it will go out the same w...

March came in like a lion for Fronsac Real Estate Investment Trust, and it will go out the same way. 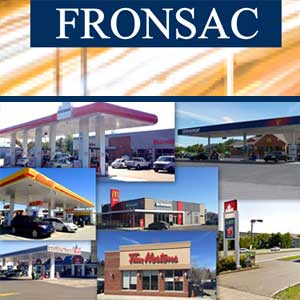 The small-cap REIT (GAZ.UN-X) announced strong fiscal 2015 results earlier this month and commercial operations will begin before the end of it on a property it purchased in Saint-Hyacinthe, Que. last summer.

“We’ve been able to build a good track record in the last few years since the REIT has been publicly traded and we want to continue to develop that track record and increase our results,” said Fronsac REIT chief financial officer Jason Parravano.

From a financial perspective, Fronsac places an emphasis on per-unit funds from operations (FFO) growth. That increased by 25 per cent last year while net operating income rose by 39 per cent to $1.97 million.

Fronsac’s distributions represented a conservative FFO payout ratio of 66 per cent, which is lower than many REITs, and leaves room if it wants to pay more to shareholders. It has a debt-to-asset ratio of around 50 per cent and has the ability to acquire additional bank financing if needed.

Fronsac trades lightly on the Toronto Venture Exchange and has a market cap of about $20.4 million.

“I believe we have a good group of existing shareholders that are satisfied with our results to date and I believe we have the potential to find more investors that would be happy in looking at the results we’ve posted,” said Parravano.

Fronsac’s focus is on owning fast food restaurants, gas stations and convenience stores that are preferably located alongside highways. Its 17 properties, nearly all in Quebec, are consistently fully leased on a long-term, management-free basis.

Fronsac added five Quebec retail properties to its portfolio last spring after making its first acquisition outside the province, a property with a Burger King restaurant in Cornwall, Ont., earlier in 2015. Parravano is satisfied with the performance of all of the properties.

The REIT’s top tenants are Suncor, Tim Hortons, Sobeys, Couche-Tard and Ultramar, which combine to account for 62 per cent of gross revenues.

Fronsac announced the acquisition of a 67,000-square-foot parcel of land in Saint-Hyacinthe for $717,940 in July. Construction began in September and a Tim Hortons outlet, convenience store and Petro-Canada gas station are scheduled to open by the end of this month.

“When you’re signing something with Tim Hortons or Petro-Canada, they won’t open up unless they see viability in the site,” said Parravano. “We believe the site will have some heavy traffic from the get-go and it fits in with the type of real estate that we buy and build.”

Parravano added Fronsac is constantly on the lookout for new acquisition and development opportunities, but there are no imminent deals he could comment on.