Gairloch Developments founder and president Bill Gairdner is “curiously optimistic and excited” a... 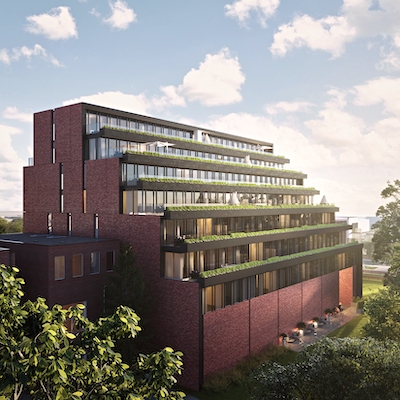 1414 Bayview is a new condo development in Toronto, by Gairloch Developments. (Courtesy Gairloch)

Gairloch Developments founder and president Bill Gairdner is “curiously optimistic and excited” about launching a Toronto condominium during a pandemic-induced economic shutdown.

The Toronto development company kicked off sales for 1414 Bayview this month.

“The boutique nature and scale of this building really lends itself to a COVID-style, one-on-one sales appointment strategy,” Gairdner told RENX. “We have been really surprised with the massive interest in this project thus far.”

The eight-storey building on the west side of Bayview Avenue just north of Merton Street will feature nine one-bedroom, 31 two-bedroom and four three-bedroom suites ranging in size from 459 to 2,125 square feet and in price from $650,000 to $1.95 million.

The condo is designed by Peter Clewes of architectsAlliance, with interiors by Sixteen Degree Studio. Sales are managed by Heaps Estrin Real Estate Team, led by Cailey Heaps Estrin.

Landscaped terraces will offer privacy to tenants, who will have access to: a concierge; a multi-purpose lounge/library space with a small kitchen preparation area; an outdoor lounge; and 56 resident, nine visitor and 65 bicycle parking spaces.

Gairloch is banking on interest from a range of purchasers: seniors who already live in one of the nearby affluent neighbourhoods and are looking to downsize; families looking for a starter home; first-time buyers; and investors.

“We continue to focus on what we are good at,” said Gairdner. “High-design mid-rise in great neighbourhoods.”

Gairdner got into the real estate business in a bit of a roundabout way. He studied political science at Western University in London, Ont., and was working at Cervelo Cycles in Toronto’s Liberty Village neighbourhood after graduating.

He bought a small suite at Freed Developments’ 66 Portland condo and coincidentally met company founder Peter Freed, who lived in the penthouse.

Gairdner expressed interested in the profession and, after about six months of lobbying, Freed hired him. He spent six years there, rising up the ranks to become vice-president of development.

“I’ve got nothing but fond memories of my time at Freed,” said Gairdner. “Peter gave me a massive opportunity and a great crash course in the dos and don’ts of Toronto development. I wouldn’t be where I am today without his influence.”

When Gairdner felt he’d acquired the knowledge and tools needed, he ventured out on his own to try to carve out a niche in building boutique Toronto condos with fewer than 200 units.

This resulted in 383 Sorauren, a 10-storey, 142-unit condo designed by architectsAlliance and completed in the fall of 2016. It’s located between the Roncesvalles and Brockton Village neighbourhoods west of downtown Toronto.

While Gairloch’s primary interest is in building condos, Gairdner said the company might move into the purpose-built rental sector down the road.

In the meantime, in addition to 1414 Bayview, Gairloch’s other current focus is the Junction Point condo at 2625 Dundas St. W., just south of Dupont Street. The eight-storey building will have 111 one-, two- and three-bedroom suites. It’s designed by architectsAlliance, with interiors by Commute Design Studio.

A sales presentation centre is being built at 2688 Dundas St. W. If all goes as planned, the development will go on sale this fall.

Another Gairloch project is 3200 Dundas, a bit farther west in the heart of the Junction neighbourhood. It is proposing an eight-floor, 88-unit condo and is working on rezoning the site.

Gairloch is partnering with KingSett Capital and Harlo Capital on 29-39 Pleasant, a 220,000-square-foot condo just east of Yonge Street and south of St. Clair Avenue East. They’re working through the rezoning process after submitting an application in December.

While there’s apparently more in Gairloch’s acquisition and development pipeline, Gairdner isn’t giving away any details.

“You’ll have to wait and see,” he said. “Right now we’re hyper-focused on 1414 Bayview and Junction Point.”