Glut of hotel rooms about to hit Calgary market

While construction in Calgary’s downtown office market has come to a virtual halt with only one building under construction, activity in the hotels industry is booming. 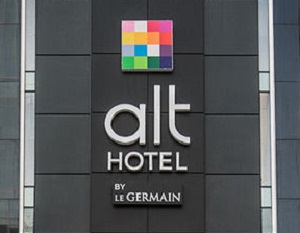 The Calgary hotels market is about to be hit by a major influx of new buildings and rooms — at a time when vacancy is up. ALT Hotels is one company building in the city.

However, that in itself is presenting a problem as more hotel rooms are coming onto the market at a time when the industry has seen declining occupancy rates due to a reduction in business travel which is still feeling the effects of a brutal two-year recession.

Peggy Athans, executive director of the Calgary Hotel Association, tells RENX there are 1,958 hotel rooms, spread over 11 hotels, under construction and another 2,000 rooms are in the permit stage for the future.

“Rates are really down”

“Four years ago, it was more like 80 per cent. So it’s a little worrisome that we have so many hotels being built when we can’t fill the ones that we currently have. The ones that are in construction now were being planned during the boom.”

The hotel inventory in Calgary sits at 102 buildings with 14,823 rooms, according to the CHA.

In a recent CHA newsletter, Athans wrote it’s clear the industry is facing significant challenges, “not least of which is the ongoing economic downtown, an increase in room supply, and home-sharing entrants that are disrupting the industry. As business travel diminishes, we are focusing our efforts to leisure, meeting, and convention travellers. We are likewise managing a shifting political landscape as both the province and city consider how destination marketing is governed.”

Hugo Germain, director of development for Quebec-based Groupe Germain Hotels which is building the ALT Hotel in the city’s East Village neighbourhood, says the company is not really concerned about the current economic dynamics and level of inventory in Calgary.

“We’re not there for next year”

The company opened the Le Germain hotel in the heart of Calgary in 2010 with 143 rooms. The ALT Hotel is on target to open in August or September 2018 with 152 rooms.

“With regard to ALT, we created a plan to expand across the country – a full national expansion,” says Germain. “It is our intent to be across the country and obviously when you are making investment decisions of that magnitude there are ups and downs in the economy but it doesn’t necessarily impact your intent or your motivation to enter a market.

“I think the fundamentals and what we’re really looking for in location in a city like a Calgary .  .  . will enable us to be strong in the week and will enable us to also have a strong leisure component on the weekend. For us, it’s finding the best location in a market. We know that markets will do ups and downs. As a matter of fact, it’s always a little bit better when you develop at a time when there’s less pressure on the economy. For me, it’s usually good timing for development.”

Germain says there is a rebound taking place in Calgary and while the economy is not at the level it was prior to the oil collapse in late 2014 the trend is positive. “We’re seeing numbers in occupancy levels and rates going up in the city which is very good news.”

Graham Daniel, a financial analyst in the investment division with Colliers International in Calgary, says demand is moving in a positive direction for the hotel industry.

“Demand since the correction began in 2014 tapered off for about three years. Average daily rates went down. Over 2016 and 2017, it’s looking to be on its way back up,” says Daniel. “From a couple of years, there was a lot of new inventory which was planned. . . . The big picture is that yes demand is coming back but it’s going to be offset by the surge in new inventory.

“These projects take years from first inception to opening their door. Three or four years a lot of them to get approvals, to get permits and to build.”

But he says demand for properties and in business travel is increasing as the economy recovers and confidence in it returns.

The booming construction in the hotel industry is a sharp contrast to what’s happening in the office sector.

According to Avison Young research, the total amount of office space under construction in Calgary is 737,915 square feet with 460,000 in the TELUS Sky building in the heart of the downtown. That is scheduled to be completed in the fourth quarter of 2018.

The Alberta Tourism Market Monitor, by the provincial government ministry Alberta Culture and Tourism, indicates that for 2017 up to the end of September the Calgary accommodation occupancy rate was 61.2 per cent, which was down 0.3 per cent from the same period a year ago.