Ottawa’s downtown office market has made a strong comeback after years of leasing reductions by the federal government. It’s a rally that could soon put the city’s rapidly expanding tech sector on a “collision course” with the feds for prime office space, says CBRE’s Shawn Hamilton. 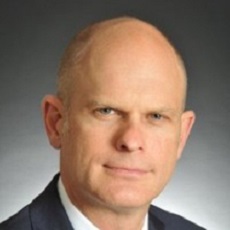 “Only the federal government is larger.”

“With the recent spate of hirings and expressions of interest, it appears that the government has reversed course and is set for growth,” Hamilton told guests at the Canada Science and Technology Museum Theatre. “So far, tech has been able to expand due to space left behind by the federal government.

CBRE lists Ottawa’s downtown vacancy at eight per cent, but vacant class-A space is a mere 4.3 per cent.

“My sense is that things won’t heat up until the space vacated by DND is absorbed by all of these users,” Hamilton said. The Department of National Defence is moving a significant portion of its downtown staff to a new HQ in the West End, which will free up about 800,000 square feet of space. That is almost entirely in B- and C-class buildings, though.

All this activity would create an interesting decision for landlords; hope to stick with the tried-and-true government clients, or cast your lot with what might be considered a more volatile, but potentially more lucrative, tech sector.

“On one hand, the federal government has covenant, whereas established technology arguably can afford higher rent,” Hamilton said. “So it will be exciting to see how landlords decide. Either way, I sense there will be competition which might make life more interesting for the federal government.”

Huge projects to west of core

Also looming for Ottawa are several major developments just to the west of the CBD. Two huge proposed mixed-use developments known as Zibi and Rendezvous Lebreton, the mixed-use Trinity Centre at Bayview Station and others will change the face of the “fringe West” if all are completed as envisioned.

“Once these developments are completed, we’ll have three million square feet of office space, half a million square feet  of retail, almost 10,000 new residential (units) and a festival plaza, sports entertainment hub, community node the like of which we haven’t seen in this city, seconded only by Lansdowne Park,” Hamilton said.  “This node is right on the western edge of our CBD right at the crossroads of our two LRT lines.”

Hamilton admitted critics don’t believe the city can sustain such growth – the buildout period is a decade or more. But he said if tech continues to expand and the feds do jump back in to increase their leasing activity, it is possible.

“I can tell you if our CBD experienced the same level of growth over the last five years as did Kanata, we would have space deficit today in an order of magnitude of about 1.6 million square feet,” he observed. “I do not expect demand to ramp up that quickly but remember that five years ago, we weren’t even talking about urban technology, who are now the single largest private sector tenant group in the city.”

On the subject of Kanata and the West End, Hamilton said it has steadily recovered from the disastrous tech wreck in the early 2000s. During the past decade, Kanata’s vacancy has tumbled from 19.5 to 8.6 per cent.

“With few large blocks available, I suggest to you that new development is likely around the corner,” Hamilton said, noting “Kanata is a small market, so there won’t be room for everyone to build at the same time.

“First to market will likely be in an extremely advantageous position.”

The city’s underperforming sector continues to be the East End, where vacancy remains higher than 20 per cent, and will jump significantly when satellite company Telesat moves downtown to H&R REIT’s (HR-UN-T) Place Bell, opening up another 75,000 square feet.

However, there is hope here as well.

“We are hearing rumours of potential growth in the East End which could substantially lower class-A vacancy rates from a projected 34 per cent they are supposed to hit once Telesat vacates to the downtown core,” Hamilton said, though he did not provide any details.

Two factors will play into this, including a lack of large blocks of space available elsewhere in Ottawa. There are only seven locations in the CBD with more than 20,000 square feet available and almost all is B- or C-class.

“We’d also suspect this potential for growth is due by and large to the existence of LRT, which will link our East End to the downtown core, making transit times shorter than a walk from one end of the core to another,” Hamilton added.

Phase 1 of Ottawa’s LRT expansion, from the East End through the downtown, is slated to open in November.