Cochrane’s downtown is chock-a-block with Western false-fronted emporiums and eateries with cowbo...

Cochrane’s downtown is chock-a-block with Western false-fronted emporiums and eateries with cowboy themes. Traffic is surprisingly heavy, particularly on weekends, as tourists from outside Alberta and Calgarians heading for the mountains make a shopping or lunch stop. 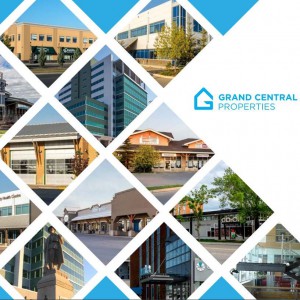 Grand Central Properties is based in Cochrane, Alta..

The town is one of the fastest-growing municipalities in Canada. In 2000, Cochrane claimed a population of 11,173 in its municipal census. Now, there are 26,320 residents.

It looks like the perfect setting for Wild West entrepreneurs, set to get rich quick and lose their fortunes just as fast in the notorious boom and bust roller-coaster of the Alberta economy.

But the stereotype fails badly in the case of Grand Central Properties, a home-grown commercial development and real estate holding company operating from a modest office on the second floor of Cochrane’s movie theatre building.

“We pride ourselves on being a fairly conservative group and a little bit risk averse: stable clients, good tenants and away we go,” says company president Randy Mabbott.

From its beginning as a retirement venture for a small group of local businessmen in 2000, Grand Central has grown carefully, now owning seven Alberta commercial properties totalling more than 315,000 square feet in Cochrane, Red Deer and Calgary.

The private company blew past $150 million in assets with an office building acquisition in Red Deer in 2014, says Mabbott, and might set a new target of $250 million at its next meeting in September.

The shareholder base has grown from the original eight investors to more than 90.

Grand Central’s tenants include retail, office and institutional clients and the buildings have only a three per cent vacancy rate, all of that three per cent in one building. The firm has stayed out of the industrial and residential markets.

Over the next several years, that was followed by the 40,000-square-foot Cochrane Town Square and innovative deals to build the town’s new firehall and urgent care centre.

The town signed a 30-year lease for the firehall.

For the urgent care centre, Grand Central made a pitch to Alberta Health Services.

“We said to them ‘We know you don’t have the money for bricks and mortar but if we do that for you, would you set something up?’ So they looked at it and decided Cochrane had the demand and need. They put it out to tender and we won the tender. We built them a shell and they took another year to fit it out for their needs.”

The resulting lease is for 15 years and the project became a major success story.

The question of how to grow forced Grand Central to do some soul-searching about how far afield to search for deals.

“For a while, we were out of land and we wanted to keep growing. We had all our eggs in Cochrane so maybe it was time to spread our wings a little bit,” says Mabbott.

But the firm decided being able to visit properties regularly was a core principle.

“That feeling and touching and being able to keep an eye on things was very important to us so we set ourselves a standard of wherever we’re looking, we have to be able to reach it and touch it within an hour or two. That can be by car or airplane,” says Mabbott.

The company started looking in Calgary, Lloydminster, Lethbridge and Red Deer. A visit to Red Deer particularly impressed the executive and resulted in the firm’s biggest deal, the purchase of the $40-million Executive Place office building.

“That put us on the radar,” says Mabbott. “We were getting calls left, right and centre for other opportunities that may be out there.”

The company decided its niche would be not to compete in the big markets or against the REITS and similar investors with deeper pockets. The company also decided to limit debt.

“We set ourselves a maximum of 65 per cent debt on any property. We run currently close to 50 per cent. That allows us, in a downturn, to get through it. Our cash flow isn’t killing us on paying off debt.”

Last year, Grand Central bought Kensington on the Bow, a mixed retail/office 36,000-square-foot building in Calgary, in a deal that blended cash and shares: cash for the sellers to pay their taxes and shares in Grand Central for the balance.

Mabbott says the next project is development of 10 acres recently acquired in Cochrane. Likely tenants are a gas station, big box DYI store and some other mix, possibly with office space. There are another four projects under review as well.

Many of Grand Central’s shareholders are Cochrane residents but word of mouth has begun to spread that base, says Mabbott. There are now shareholders from B.C., Saskatchewan and one from the Middle East.

“We try and find the more sophisticated investor. We’re not after the moms and pops with $10,000 or $20,000. Our minimum investment is $250,000 and we try to make sure that’s not their life savings either. We want to make sure everyone’s looked after.”

So far the shareholders have been happy, says Mabbott. The dividends come every month and have increased every year. Every couple of years, the company brings in the shareholders for meetings of five to 10 at a time to find out what they like or don’t like about the company’s operation.

It seems like a company that would be ripe for takeover or to go public but neither is in the company’s plan.

“Our exit strategy is just to continue to hold and that’s what our shareholders are telling us. They’re probably going to pass their shares to their kids. There’s a few that may cash out eventually but it’s a long-term hold for everybody.

“Maybe somebody will come along and make a stupid offer. . . . Our business model is not to sell, but in the interest of our shareholders we would have to look at an offer. . . . But where would you put the cash that would be equal or better?”