While Greenwood Retirement Communities is a relative newcomer in the field, the operational arm of Byron Equities Inc. is making its presence felt in Ontario. 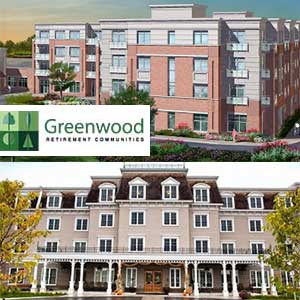 “At one point we had invested as a partner in a retirement residence, and found this to provide better returns than shopping plazas or industrial buildings,” said Greenwood director of real estate development Andy Bicanic.

“Seven years ago, after we had invested in two residences and decided to continue to grow in the sector, Greenwood was created to manage the residences and grow the portfolio. Byron found that the best way to ensure that the residences were well-managed and performed at the highest standard was to keep the management in-house, and that was the beginning of Greenwood.”

These eight properties have a combined occupancy rate of around 98 per cent.

Bicanic said not many other players in the retirement community field are involved with repurposing, and Greenwood sees advantages in what it’s been able to do with its two hotel conversions.

“It allows you to get into the market faster compared to a ground-up build, and you are generally at a better cost per room, assuming you are buying smart.”

Converting a hotel to a retirement home

These types of projects can also come with challenges if you’re surprised by what you find after opening up a wall or ceiling. Caroline Place took just three months to convert from start to finish, while fixing walls, replacing carpets and furniture, and upgrading systems in a 50-year-old former Holiday Inn took more than a year before it was transformed into Bramalea Retirement Residence.

Bicanic derives gratification from greenfield builds and said big banks prefer this approach when it comes to financing.

“We take great pride and effort in the design and construction of our retirement residences in order to promote healthier and happier living environments for our residents. You are starting with a clean slate and using all the lessons learned from past projects that we effectively incorporate into every new project, making us smarter and better.”

Greenwood is working on the second phase of Harmony Hill, which will add another 80 independent living suites to the existing campus of 74 independent living and 132 independent supportive living suites, as well as a large amenity area called Harmony Square. The $26-million investment, to be called The Forest, is scheduled to break ground in the spring and open in the summer of 2018.

Koler Construction Inc., a sister company to Greenwood, will act as construction manager for The Forest. The project is expected to create approximately 200 short‐term construction and skilled labour positions, and Greenwood anticipates 75 full‐ and part‐time employment positions for the entire Harmony Hill campus when it’s fully operational.

The Forest will include one- and two-bedroom-plus-den suites ranging in average size from 755 to 1,100 square feet respectively. They’ll include full kitchens with appliances, in‐suite laundry and balconies, and residents will control the temperature of the suites.

“Greenwood’s commitment to environmental sustainability will see the building’s design incorporate energy-efficient LED lighting throughout, and the use of innovative components including light gauge steel joist, HVAC and building automation systems,” said Bicanic.

Amenities will include a large party room, indoor and outdoor lounge areas, and an underground level incorporating 55 underground parking spaces and private storage lockers for residents. Forest residents will have access to the full complement of amenities in Harmony Square, including a bistro, pub, swimming pool, formal dining room, outdoor terrace, spa, nursery and theatre. The phases will be connected via a third storey walkway bridge.

Greenwood usually gives itself three years to complete lease-up for each residence. Bicanic said that the $48.5-million first phase of Harmony Hill, which was completed late last year, is ahead of schedule while a long waiting list has been created for its independent living suites.

Greenwood will soon start the preliminary stages of expansion for the five-year-old Adelaide Place Retirement Residence that will add 125 independent living suites and amenity areas connected to the existing building. Other projects are under consideration, though nothing has been announced.

Greenwood isn’t looking to expand beyond Ontario at this point, but the company has received calls from retirement community owners from as far away as British Columbia asking to see if it was interested in new acquisitions. Bicanic said the retirement housing space is becoming increasingly competitive.

“You have large seniors housing operators, medium-sized firms, as well as the singular residences with maybe just a few suites. The industry is very fragmented, as the largest active market participants in seniors housing control less than 40 per cent of the market. Although the industry is competitive, competition is not a bad thing as you can really differentiate yourself and offer a point of difference to seniors.

“We are really entering a period of growth in the industry due to our aging population, and there will be future challenges meeting the types of growth rates we are envisioning.”

Seniors’ demands have evolved over the years and continue to change with the times, and many of them are more technologically savvy than you might think, according to Bicanic.

“A few years ago, Internet was not a real need. Today, they all have computers and tablets and want to have access to wi-fi to watch Netflix.”