Greybrook Realty Partners is expanding its Canadian presence outside the Greater Toronto Area and...

Greybrook Realty Partners is expanding its Canadian presence outside the Greater Toronto Area and Southern Ontario by buying and renovating existing multi-unit residential buildings in Montreal. 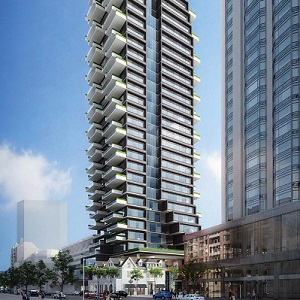 The move is one of several initiatives on the go by Greybrook and its parent company, Greybrook Capital, which also plans investments in several major Canadian and U.S. developments.

Instead of being involved on the development side as has been the case in Ontario and Florida, Politis says Greybrook is seeking to buy apartment buildings in Montreal and upgrade units as tenants move out. Units will get new floors, countertops and appliances, and “hopefully increasing the rents a little bit (while) operating the assets.”

He says Greybrook recently came up short on acquiring a value-add building in downtown Montreal, but is seeking to acquire a portfolio of 80 residential rental units in suburban Côte Saint-Luc.

Greybrook is also buying “value-add opportunities” in Quebec City where it has three buildings under contract.

Given current price pressures in Toronto and other parts of Canada, he says, Montreal is “relatively affordable” both in terms of residential rentals and sales.

“I think that there are a lot of people that are going there and I think that there’s a lot of legs in that real estate market for us,” he says of Montreal. “It’s something that we’ve been looking at for a little bit but really feel on the multi-family side it’s somewhere that we want to be.”

Greybrook still “really likes Toronto” for long-term real estate investments, given its immigration growth and lack of available land, but “the price is kind of aligned for opportunities in other markets like Montreal.”

Politis also said an announcement will be made in a few months about what he describes as “the tallest building south of Manhattan.”

The 88-storey high-rise condo project at 300 Biscayne Boulevard in downtown Miami will have an estimated completion value of US $970 million and Greybrook’s equity investment is US $37.37 million. It’s being built by New York developer Property Markets Group and will feature more than 500 luxury condos and a hotel.

“We are in the process of finalizing a partnership with a world-renowned branded hotel residence,” he says.

Greybrook is an equity partner as well with Property Markets Group, to the tune of $40.8 million, in the proposed 400 Biscayne Boulevard in Miami, which plans 690 residential rental units.

Greybrook is also looking at expanding into more U.S. cities on the multi-family side. “We’re buying existing multi-family assets in places like Houston (and) we’re actually developing multi-family buildings in Seattle, San Francisco and Denver and other markets we feel have a strong demand for that kind of product.”

“The best luxury corner in the country”

Politis adds a proposed $400 million condo development Greybrook is planning in partnership with Empire Communities in Toronto’s Yorkville neighbourhood could be one of the most luxurious in the country.

The 140 Yorkville Avenue site, at the northeast corner of Yorkville and Avenue Road, recently obtained development approvals. “In our opinion we think it’s the best luxury corner in the country for condominiums.”

140 Yorkville should come to market in 2019 and construction should begin nine to 12 months after sales begin, he says. Greybrook’s equity investment in the development is $41.4 million.

The high-end condo residence will have much higher ceiling heights than normal, meaning that it will be 29 storeys instead of a potential 38 to 40 storeys. There will be 90 boutique residences with an average size of more than 2,000 square feet each, and a number of high-end features such as private elevators.

“We have a lot of opportunity to do luxury right in Toronto,” he says, noting previous attempts at luxury condos in the city “may not have been quite as luxurious as other major cities of the world.”

EDITOR’S NOTE: This story was edited to remove certain proprietary information at the request of Greybrook.