The commercial real estate and land investment market in the Greater Toronto Area continues to boom, with 736 transactions valued at a record $6 billion during Q2 2017, according to a quarterly survey by Altus Group. 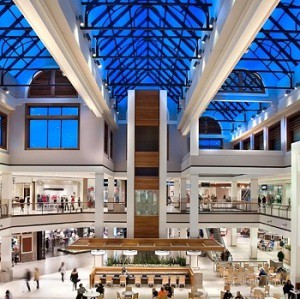 Leading the way during the quarter were residential land transactions, with more than 25 per cent of the total transactions – including a record amount of what Altus terms “medium density transactions.”

In this category, there were 77 deals worth $326 million, accounting for 38 per cent of the 197 Q2 residential land transactions.

The most notable residential land transaction was the sale of the 290-acre Country Club Golf Course at 22 Lloyd St., North in Vaughan for $220 million by Holborn Group.

The Altus survey shows records were set in several other individual sectors during Q2.

There were 66 office transactions in Q2 worth $1.4 billion, more than double the Q1 statistics but a moderate 10 per cent increase year-over-year. The number of transactions matched the previous high from Q2 2016. Leading this category was the sale of 700 University Ave., by Ontario Power Generation to KingSett Capital for $433 million ($355 per square foot, cap rate of 5.9 per cent).

Retail transactions also set a record, with 175 sales totalling $831 million. That almost doubles the sales from Q1 and is up 15 per cent from 2016. The most significant transaction in this sector was the sale of Promenade Mall in Vaughan by Cadillac Fairview to Liberty Development Corp., and Serruya Private Equity for $249 million (5.5 per cent cap rate).

The industrial sector had a brisk 140 transactions valued at $971 million – about $12 million shy of the record from the second quarter of 2013.

Leading this category was the sale of 8875 Torbram Rd., in Brampton by Carttera to Concert Properties. The fully leased, 895,038 square foot warehouse and distribution facility changed hands for $158,250,000 (a going-in yield of 3.96 per cent).