Commercial real estate investment in the Greater Toronto Area (GTA) reached $11.3 billion in the first half of this year, surpassing the record-setting first half of 2017 by six per cent, according to Altus Group. 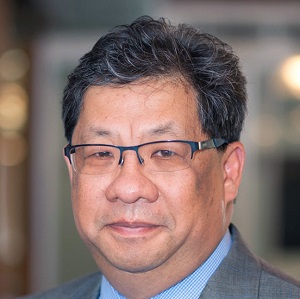 “Toronto is one of the major global markets and there will always be interest in the Toronto marketplace just because of the population, its industries, its financial services, and now being recognized as one of the stronger tech hubs in North America,” said Ray Wong, vice-president of data operations for Altus Group’s Data Solutions team. “There will always be an attraction for real estate investment, especially with the diversity of the population and talent pool.”

There were 574 investment property sales transactions valued at more than $1 million in the second quarter, representing a total investment value of $5.6 billion, according to Altus Group.

“Institutional players are looking at core assets, AA or AAA office buildings, large industrial buildings that have stable tenants, as well as apartments,” said Wong. “Anything that provides a stable income for them is what they’re targeting.

“The challenge for smaller investors is accessing investment properties.”

“What land offers you is an opportunity for slightly higher returns because you’re improving the site,” said Wong, who joined Altus Group 13 months ago after spending 17 years at CBRE Canada.

The 365-acre Bombardier Downsview site in North York, which benefits from its proximity to public transit and highways, was acquired by the Public Sector Pension Investment Board for $825 million. PSP Investments will look to redevelop the lands for mixed uses in three to five years when Bombardier vacates the property.

The top residential land transactions occurred in: Markham, where private sellers sold 70 acres at 3575 Elgin Mills Rd. to Pemberton Group for $187 million; and North York, where Toronto Hydro Corporation sold eight acres at 5800 Yonge St. to an affiliate of Times Group for $122.2 million.

Wong said developers often need to be creative to find good development land in downtown Toronto, sometimes by assembling a parcel of multiple properties for a project.

Investments in the apartment sector nearly doubled in the quarter to $560 million, the strongest quarter since the beginning of 2013. The asset class remains in demand due to the rental sector’s stability, despite the outcry from landlords and developers which resulted from expanded rent controls introduced in Ontario in April 2017.

The most significant transaction was the Blackstone Real Estate Advisors and Starlight Investments joint venture acquisition of a six-property, multi-residential portfolio from private individuals in Toronto and Montreal for $222.5 million, of which $182.4 million was invested in Toronto.

Sunray Group won the bidding for the Delta Toronto East Hotel and development property after a court-ordered wind-up of the assets of previous owner Tarn Financial Corporation. The property at 2035 Kennedy Rd. includes a full-service hotel with 366 guest rooms and more than 32,000 square feet of meeting space on 6.9 acres. Wong said the price was $42 million.

Altus Group’s report noted there were 124 retail transactions during the quarter, though 80 per cent were for less than $5 million. While the retail sector remains highly sought after, constrained market conditions resulted in a lack of institutional purchases of prominent retail assets.

Wong said the biggest retail transaction was KingSett Capital’s sale of a property at 477-485 Queen St. W. to YM Inc. for $28.9 million.