Calgary-based Hope Street Real Estate Corporation has opened an office in Vancouver where it is poised to take advantage of an elevated number of properties sitting vacant in the West Coast city. 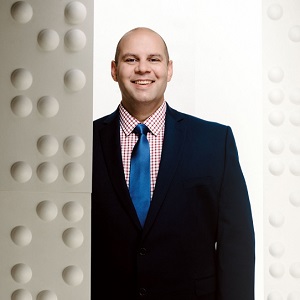 “We’re going on the assumption that there will be a lot of investor types and that’s good. . . . We’ve got some accessibility options available in terms of Mandarin- and Cantonese-speaking agents. We’ve got our website that you can click a button and it will convert it all into a simplified or traditional Chinese,” says Kureshi.

“We think a big part of our strategy is going to be to approach the offshore investor in a way that is relevant, cost-effective and makes a compelling business case as to why we should be hired.”

This year, Vancouver made it a requirement every owner of residential property makes a property status declaration and homes deemed empty will be subject to a tax of one per cent of the property’s assessed taxable value.

The city contends most homes will not be subject to the Empty Homes Tax, also known as the Vacancy Tax, as it does not apply to principal residences or homes rented on a long-term basis.

Citing Statistics Canada data, the City of Vancouver said in a report 25,495 dwelling units were classified in May 2016 as being unoccupied or occupied by temporary and/or foreign residents. That represented 8.2 per cent of all dwellings in Vancouver.

The overall number has basically doubled since 2001 when there were 12,885 dwelling units classified as unoccupied or occupied by temporary and/or foreign residents, representing 5.2 per cent  of all dwellings,

Kureshi started Hope Street in 2005 after completing an English degree at the University of Calgary.

“Property management came natural to me because it was something I had done with my folks who were mom and pop type landlords all their life,” says Kureshi.

The company’s main office is in Calgary but it also has offices in Edmonton and in Vancouver. There are about 50 employees.

Hope Street acts as middle-man between tenants and landlords,  focusing on executive-level homes. Currently, it has about 1,500 homes under management between the Calgary and Edmonton markets.

The first are jet-setters travelling and working in other parts of the world. In Calgary, for example, many people, who are working in the oil patch, are transferred to Houston or the Middle East for extended periods of time. Edmonton has a similar demographic.

The second group is what Kureshi calls accidental landlords – people who have bought a house during a spike in a real estate boom. For whatever reasons, they need to get out of the home but due to market conditions selling it is not an economical option. Renting out the home then becomes a viable alternative.

The third group of clients for Hope Street are investors who own more than one property.

Today, the average monthly rental for the Hope Street portfolio is about $2,500 per dwelling in Calgary while in Edmonton it’s about $1,800.

“Hope Street was impacted by the recession (in Alberta) but it wasn’t necessarily in an adverse way,” says Kureshi. “There’s no debate that rents are down in the executive corridor. In that space, the rents are down about 20 to 25 per cent. So a property that was fetching $5,000 a month three years ago is lucky to get $4,000 now.

“Our fees are based on a percentage of the rent we collect so that means that Hope Street’s revenues are therefore hit equally, which would be catastrophic but what we found was because there was this recession and this tightening, landlords were having a lot more difficulty renting out their own properties.

“So it became an attractive option to hire a professional, bearing in mind that the professional had the experience and the knowledge and perhaps industry exposure. . . . So in terms of dollars and cents, our revenues have been quite flat or quite stable. There’s no significant downturn.

“If anything, we’re actually on the upswing again as of the start of this year, but we’ve had to work a little bit harder to earn them.”