The hotel industry has been pummelled by the impact of the COVID-19 pandemic and seven executives... 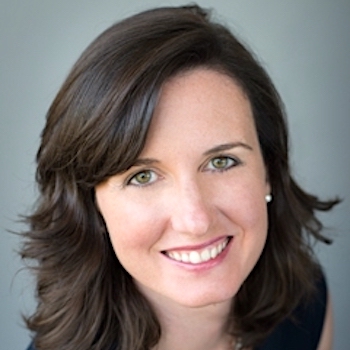 The hotel industry has been pummelled by the impact of the COVID-19 pandemic and seven executives with a vested interest gathered virtually in late June for their second webinar to discuss its potential for recovery.

More than 1,100 viewers tuned in to the webinar as HVS Canada senior managing partner Carrie Russell outlined how bad things got for the hotel industry early this spring and the gradual recovery it’s now making. HVS is a global consulting firm focused exclusively on the hospitality industry, with over 50 offices around the world.

Russell said close to 20 per cent of rooms were shut down across Canada by the week of April 11, when hotels still operating reported a record low occupancy rate of 12 per cent. The average daily room (ADR) rate bottomed out at $101 at the same time, down from $155 in early March.

In the week before the webinar, occupancy had improved to 25.6 per cent and the ADR had risen to almost $111.

No province or market was spared, Russell said.

To put things in perspective, Russell said China’s lowest hotel occupancy rate was 10 per cent and occurred about two months before Canada hit bottom. It was up to 50 per cent by mid-June.

The lowest occupancy rate in the United States was 20 per cent in mid-April and it had climbed back up to 44 per cent.

Back in March during this group’s first webinar, Silver Hotel Group chairman Deepak Ruparell anticipated the crisis would be over by May or June and his occupancy rate would be up to 15 to 25 per cent by now. Instead it’s between five and 10 per cent, although Ruparell said some weekend leisure travellers were beginning to return to downtown Toronto.

The majority of Silver’s 21 family-owned hotels are in the Greater Toronto Area, though it also owns properties in Vancouver, Edmonton, Calgary, Montreal and Ottawa.

InnVest is the largest owner of hotels in Canada, with a portfolio of 81 sites representing 14 internationally recognized brands.

InnVest closed 25 hotels in April and May, most of them large city centre and conference centre locations. As of late June it had reopened 12.

It will reopen the remainder by the beginning of August except for Hilton Quebec, which is under renovation and isn’t scheduled to reopen until January.

InnVest hotels which were open had 20 per cent occupancy in April and 25 per cent in May and were tracking toward 30 per cent for June.

The company’s 53 limited-service Comfort Inns have been its best performers, with occupancy rates of 24, 32 and 40 per cent, respectively, for those same months. InnVest chief financial officer George Kosziwka said it had some full Comfort Inns during the third week of June due to a combination of hydro, highway and rail crews and some leisure travellers.

InnVest’s mid-scale assets are generally in suburban and larger secondary markets, and they’re at about half the occupancy rates of the Comfort Inns. The company’s large downtown Toronto, Calgary and Vancouver hotels had just begun reopening and experienced very low occupancies. 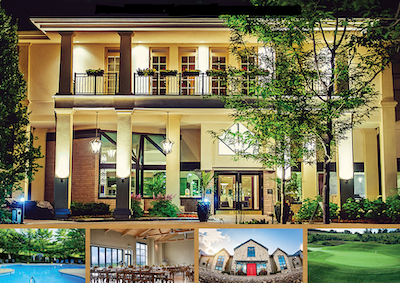 The Hockley Valley Resort, located near Orangeville just north of Toronto, is owned by the Sunray Group. (Courtesy Colliers International)

Sunray Group is a family-owned company specializing in hospitality and development. It owns and operates 42 hotels and has partnerships with eight major brands. It employs more than 3,000 in Ontario, Quebec and Newfoundland and Labrador.

“We see a little bit more traction in our limited-service hotels in secondary and tertiary markets,” said Sunray Group president Kenny Gibson. “Where we thought we would see additional traction, and we haven’t gotten it so far, is in our two Ontario resorts.”

CFO Capital president Mark Kay said lenders have been very supportive of hotel owners for the first three months of the crisis. Some have also extended principal and interest payment deferrals to six months, but there’s uncertainty about what will happen after that.

Kosziwka said the Hotel Association of Canada (HAC) has been helpful with getting members set up with government relief programs. Having payrolls covered until the end of August by the federal government is allowing InnVest to open more hotels, he added.

Kosziwka said the Canada Emergency Response Benefit is helping individuals, but some employees don’t want to come back to work yet because of it. Staffing hasn’t been an issue to this point, however, because occupancy levels are still low.

“We need to lobby HAC, the institutions, the banks and the minister of finance to give us a better program so we can actually have liquidity,” said Ruparell. “We’ll need liquidity because this thing isn’t going away for 18 months.”

Gibson agreed the BDC and EDC have been no help, noting: “If you dial back 90 days to when we first started seeing the World Health Organization declaring the pandemic, we as a group should have gone to the lenders sooner and asked for more time on some of the concessions that we’ve got and some of the deferrals.

“That would have put us in a better position than having to go back every three months and ask for more.”

Panel moderator and Colliers Hotels executive managing director Alam Pirani said Canadian hotel transaction activity has been $320 million so far this year after being close to $900 million through the same timeframe in 2018 and 2019.

“We don’t expect a lot of sellers to willingly sell,” said Pirani.

There have been no significant hotel deals post-COVID-19 in Canada, and just a few in the U.S., where valuations were 20 per cent lower, according to Brian Flood, vice-president and practice leader of Cushman & Wakefield’s hospitality and gaming group.

“The lack of activity now suggests that the market is transitioning from a sellers’ market, which we certainly saw up until March, to more of a buyers’ market. Right now the bid-ask spread is just too much to trigger any transaction activity.”

Flood noted a few transactions have happened in downtown Vancouver, Victoria and Toronto involving hotels that will be converted to social housing.

“For government bodies, it’s much cheaper to buy an existing hotel than have to build a new facility,” he said.

While support from the federal government and lenders has had a stabilizing effect on the hotel sector, Flood said “the longer we go without cash flow, I think there certainly are some owners that will need to dispose of assets just to create some liquidity.”

Some hotel ownership groups with capital and long-term confidence in the sector are looking for acquisition opportunities. In weaker markets already in difficulty before the pandemic, things have intensified and Flood said there might be some power-of-sale activity.

Russell said lenders which seize control of properties and try to sell them now would be doing so at a low point, but could likely get more next year if they hold on to them. She added Canadians have the advantage of watching what happens south of the border, since the American market will likely be more impatient.

Pirani agreed and said the percentage of receivership sales was much higher in the U.S. than in Canada during the 2009 financial crisis.

Flood doesn’t believe the current crisis will have a long-term effect on hotel values in prime areas.

“We’re viewing this period, where we’re not doing a lot of business obviously, to try and determine how we might recast our business and think about doing business in the future differently,” said Gibson. “In redefining our businesses, the brands are a big part of that and will have to change their models, which affects all of us.”

Kosziwka said InnVest is also looking at its operating model for efficiencies to improve profit margins. Overall, he remains optimistic.

“This business is going to come back. This is a health crisis first and an economic crisis second. Business will come back, whether it takes a year, 18 months or 24 months, and the values will follow.

“Like all of the cycles that we’ve been through before — whether it’s 9/11, SARS or the financial crisis — the hotel industry has always surpassed its previous peak. The peak right now is 2018 and 2019, and we will surpass that peak.”

* Canada’s hotels have been major victims of COVID-19