Housing affordability requires attention to both supply and demand 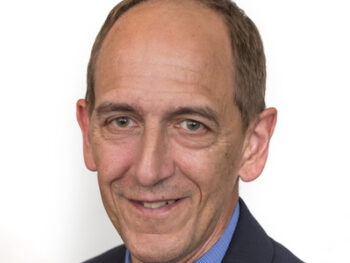 GUEST SUBMISSION: Housing price increases over the past few years severely eroded housing affordability and galvanized national attention. Pundits and politicians have unveiled a wide array of remedial proposals, some of which are becoming policy.

It is essential to remember that, in any market, prices are determined by both supply and demand. This means that while Canada certainly needs more homes, attention must be paid to demand-side questions like who is buying them, how purchasers are paying for them and what buyers are doing with them.

The Conference Board of Canada estimates that, in the 10 years ending in 2021, about 120,000 more households were formed than houses were started.

Still, the undersupply can be overstated and is being addressed. Backlogs dropped in 2020 and 2021 as starts exceeded household formation.

And, while the federal budget cited OECD data showing that Canada has 35 fewer housing units per thousand people than the OECD average (less than an eight per cent gap), many countries including the U.S., Australia and New Zealand had relatively fewer homes than Canada.

Ottawa hopes to deliver 100,000 net new housing units over the next five years through its Housing Accelerator Fund, a further 10,000 units with smaller plans like the Rapid Housing Initiative and the National Housing Co-Investment Fund and 6,000 “co-op” units through a new Co-operative Housing Development Program.

Although proposals to solve affordability by boosting housing supply are laudable, they do face challenges. Statistics Canada’s recent finding that multiple-property owners possessed nearly one-third of all Canadian residential properties in 2020 electrified the punditry.

It hints that a good portion of any supply increase could be snapped up by investors, rather than new homebuyers.

Other hurdles include the risk that homebuilders might not be able to accelerate housing delivery, potentially thwarting Ontario’s hoped-for 150,000 starts annually.

Provincial homebuilders already have a near-record volume of units under construction and are navigating labour and materials shortages and a wave of worker retirements.

Proposals to increase density are politically fraught and may raise inter-generational conflict.

While higher density and more homes could benefit younger people entering the market, negative fallout from excessive density increases could reduce prices on nearby homes – in effect expropriating wealth from (often older) homeowners.

Given that sales of existing homes are roughly twice housing starts in any given year, limiting resale demand could do more to boost affordability than lifting new construction.

The federal and Ontario budgets did both contain some demand-trimming measures.

Ontario has extended and increased its tax on foreign buyers. This should cool prices based on the experience in B.C. and the initial levy put in place in Ontario.

Many ideas, but no magic bullet

The federal proposal to ban blind bidding on resale homes was met tepidly by many provincial premiers whose co-operation may be required to implement it. Indeed, Ontario plans to make avoidance of blind bidding a home-seller choice.

While secret auctions, by definition, hide their impact on price escalation, there is no doubt that potential bidders would benefit from knowing competing bids.

Various restrictions on investor activity may well be coming, at least federally.

Potential measures include a proposal for a two-year ban on foreign purchases of non-recreational residential property in Canada (although an exemption for “students” seems an oversight) and business taxation of capital gains on a property held for less than 12 months (with certain allowances).

The magnitude of money laundering’s effect in boosting house prices is unclear nationally, but the media regularly reports examples of such activity and a 2018 Expert Panel in B.C. said that the $800 million to $5.3 billion laundered through the real estate market that year raised housing prices by an estimated five per cent.

All told, there is plenty of work for Canada to do to improve housing affordability. Given the potential limitations on supply-side measures, demand-focused policies are likely to provide more short-term relief to high home prices.