Today we introduce a new, irregular column The People Space; reporting on some significant executive and senior management changes at real estate, investment and related companies and entities. 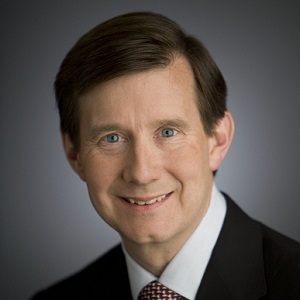 “It has been a year of solid progress in rewiring the fundamentals of our business – stabilizing margins, creating a lower-cost national structure, and setting clear strategies in areas such as ecommerce and discount,” said Michael Medline, President & CEO, in a release announcing the moves.

All the changes are part of the Stellarton, N.S.-based company’s three-year plan to transform the grocery and retail real estate business to deal with the changing face of its business sector.

“We are now sharpening our leadership focus as we rally the team for stronger growth.”

Have an executive, or senior staff appointment you’d like to share? Email the details to RENX for inclusion in The People Space

Lyne Castonguay becomes executive vice president, store experience, responsible for store operations, distribution centres and customer experience across Empire’s conventional (non-Quebec) grocery banners. She previously served as executive vice president, merchandising where she designed the national merchandising structure, was the architect of Sobeys’ success in stabilizing margins and sales during the past year, and played a key role in creating the Ocado ecommerce partnership.

Luc L’Archeveque becomes general manager, Quebec, and retains his accountability as VP grocery for the Quebec business. He will coordinate day-to-day activities between operations, merchandising and marketing of the Quebec business unit.

Mike Venton moves to general manager, discount. Venton was hired by Rob Adams earlier this year as part of his planned succession, and has been working with Adams to prepare for this transition.

Adams will shift his focus to expanding the company’s discount business, including the conversion of up to 25 per cent of Sobeys and Safeway locations in Western Canada. He’ll leverage his experience from launching the FreshCo banner in Ontario, where he built that business to 91 stores in just over eight years.

Sarah Joyce is the new senior vice president of ecommerce, managing strategy and Sobeys’ ecommerce offer through Ocado. She joins Sobeys from HBC where she built and was general manager of Saksoff5th.com and Gilt.com.

There are also two departures. Jason Potter, who served as executive vice president, operations, is leaving Sobeys after a 26-year career with the company.

It also announced “with regret” that Deirdre Horgan, senior vice president, marketing, will not return due to her ongoing recovery from serious illness. Castonguay will continue to lead the marketing team on an interim basis.

He takes over from Patrick L. Phillips, who led the Institute for nine years.

Walter has more than 35 years of management experience across multiple sectors, including hotels, multifamily and land development, with emphasis on capital markets and investments. From 2007 through 2016, he was CEO, president and director of Host Hotels and Resorts, Inc., leading a $19-billion global lodging REIT with a portfolio of more than 110 hotels.

Carol J. Johnson is the first independent member of the board of directors at real estate services company Avison Young. The Philadelphia resident’s appointment expands the board to nine directors.

“Carol has extensive board experience, including as a director of the Federal Reserve Bank of Philadelphia, and she has demonstrated excellence while serving in C-suite and senior executive capacities with leading-edge companies,” said Mark E. Rose, chair and CEO of Avison Young. “She has a well-established track record of leading companies through significant growth, enhanced operating efficiency and increased profitability on a large scale.”

For more than 25 years, Johnson has held increasingly large and complex line profit-loss roles, most recently as President and COO of AlliedBarton Security Services, LLC, where she was responsible for the growth and profit of a $2-billion private corporation. She helped guide the company through its sale by Blackstone Group to Wendel Group and subsequent merger with Universal Services.

Lis Wigmore has been appointed as an independent director of the environmental engineering consulting firm Pinchin Ltd., expanding the board to nine directors. Wigmore’s board experience includes PIRET, Invesque, and charitable organization Fred Victor in Toronto. She is a consultant with Hillsdale Investment Management, a Canadian partner-owned investment boutique managing over $2 billion for institutional and private wealth investors. Wigmore was previously COO of Ipc US REIT.

David Filmon has stepped up into the chairman’s seat with Winnipeg’s CentrePort Canada Inc. Previously vice-chair for the past two years, Filmon is the chair of MLT Aikins LLP, where he specializes in mergers and acquisitions, corporate finance and securities law. Mike Pyle, CEO of Exchange Income Corp., was named vice chair. Chris Lorenc, president of the Manitoba Heavy Construction Association, remains on the board as past-chairman.

Epic is a real estate advisory, asset and property management and mortgage services company with six offices across Canada.

EDITOR’S NOTE: The People Space is a new feature which will appear irregularly on RENX. To include a company appointment in this listing, email the details to RENX Managing Editor Don Wilcox.