Hugh Heron’s companies have built more than 8,000 homes and more than a million square feet of commercial and retail space. His community involvement has an even more remarkable achievement – it has directly led to saving 39 lives . . . and counting. 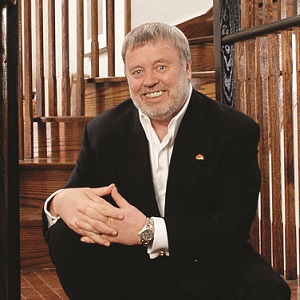 The night’s other two biggest winners, taking Home Builders of the Year honours, were Mattamy Homes for low-rise and Great Gulf for mid/high-rise.

During his 50-year career, Heron has been a “builder” in every sense of the word in Ontario. Today, he is one of the most active and influential professionals in the new home industry, as well as an avid media spokesman for the building and land development industry in the Greater Toronto Area.

Heron came to Canada in 1967 and joined Costain, a company he had worked for in Scotland. In 1979, he left to found Heron Homes with a group that remains together today.

“For 50 years, Hugh has given back to the industry that gave so much to him and his family,” said Dave Wilkes, president & CEO, BILD, in a release announcing the awards. “He has served in leadership positions at some of the industry’s most important institutions, including chair of the Ontario New Home Warranty Program, past president of both the Greater Toronto and Ontario Home Builders’ Associations, and former senior board member of Canada Mortgage & Housing Corporation (CMHC).”

Heron is also known for his community and charity work, establishing the Mikey Network in memory of Michael Salem, a partner at Herity who died of cardiac arrest on a golf course in June 2002. The Mikey Network helps place “Mikeys” (public access defibrillators) in schools, workplaces and public access areas across Canada.

“Mikey” defibrillators have been used to save 39 lives to date.

More than 1,300 industry professionals attended the event, which honoured achievements in planning, design, sales, marketing and city building in 51 categories. A group of 30 expert judges from across North America determined the winners from more than 900 submitted entries.

The coveted People’s Choice Award, determined by members of the public through online voting, was awarded to CentreCourt Developments and SmartCentres for their Transit City development in Vaughan, just north of Toronto.

“People’s Choice is a unique award because it is the public that decide the winner,” Wilkes said in the release. “Nearly 6,000 people voted for projects that competed for the best in city building that demonstrated how the industry is providing a wide range of housing options for GTA homebuyers.”

For community building, BILD has two categories for outstanding projects that embody the province’s smart growth principles: Best New Community (Planned/Under Development) for a project currently planned or under construction; and Best New Community (Built) which recognizes a completed project.

For its work on Harbour Plaza and One York Street, Menkes Development won Best New Community (Built). The downtown Toronto development is a mixed-use community with a unique integration of live-work-shop-play. Harbour Plaza’s two soaring towers will be complemented by a retail podium and the One York Street commercial office tower.

The Berkley by Arista Homes was named Best Innovative Home Design, which recognizes cutting-edge design in low-rise homes increasing buying choices for entry-level consumers. The design features a forward-thinking combination of flex space and living space giving buyers the option to live and work from home.

Best Innovative Suite Design went to Collecdev’s Unit E8, a two-bed plus two-bath unit that maximizes living space as there are no hallways or other space-impeding factors. This award recognizes excellence in the design of a condo suite that increases options for first-time home buyers.

The award for Best Overall Marketing Campaign went to the team of Graywood Developments, and Community for their campaign for Peter & Adelaide.

For a complete list of award recipients, visit www.bildawards.com.

With 1,500 members, BILD is the voice of the home building, land development and professional renovation industry in the Greater Toronto Area. BILD is proudly affiliated with the Ontario and Canadian Home Builders’ Associations.

EDITOR’S NOTE: Due to an error in a press release, an earlier version of this story contained incorrect information about the winner of the Mid/High-Rise Builder of the Year. We have now updated with the correct winner, Great Gulf.